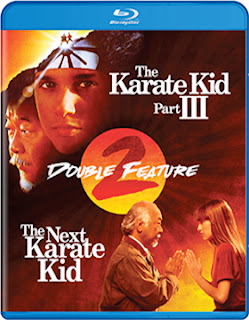 Also hitting retail outlets on Jan. 8 is the double-disc treasure trove of Laurel and Hardy film classics.   Titled The Laurel & Hardy Comedy Collection — and also priced at just $14.98 — is a set of comedy classics featuring the legendary comedy duo — both together and as solo performers.

Included in the mix are director A. Edward Sutherland’s 1939 film release of The Flying Deuces (co-starring Jean Parker) and their final film together, the Christmas of 1954 release of Utopia.

There are also two short films — The Stolen Jools and The Tree in a Test Tube — and an astounding collection of 19 classic silent short films, including the very early 1917 Oliver Hardy comedy, The Hobo.  Other silent gems in this collection are Yes, Yes, Nanette (silent-1925), Mud & Sand (silent-1922) and West of Hot Dog (silent-1924).