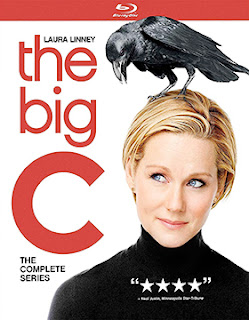 Mill Creek Entertainment, which announced just last week newly restored Blu-ray editions of iconic action filmmaker Andy Sidaris’ Malibu Express and Hard Ticket To Hawaii for delivery on Apr. 16, added to this mid-April release mix with news this week that the Golden Globe and Emmy-winning Showtime series, The Big C, will be available as both six-disc DVD and Blu-ray collections.

The Big C: The Complete Series features all 40 episodes and comes complete with Digital Copy.

Cathy Jamison (Laura Linney — Emmy Winner for Outstanding Lead Actress and Golden Globes’ winner for Best Performance by an Actress in a Television Series) is a Minneapolis high school teacher who gets some very bad news.   She is dying from cancer, specifically melanoma and has but a short time to live.

Three months on the short side and maybe as much as five years with some luck.  After the diagnosis sets in, Cathy finds the news liberating.   She kicks her husband Paul (Oliver Platt) to the curb and gets in the face of her lay-about teenage son, Adam (Gabriel Basso) … and she’s just getting started.   Students, no more BS starting right now!!! 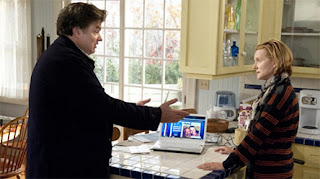 Also added to Mill Creek Entertainment’s Apr. 16 priced-to-collect DVD and Blu-ray release calendar this past week is the double-disc, six-film DVD collection of Soul Team Six.   Six classic blaxploitation films from the glory days of the 1970s … with Digital Copy and priced at just $14.98.

So what’s in the mix?   Leading the way is writer/director Laurence Merrick’s fall of 1970 film release of Black Angels, which pits two rival motorcycle gangs — Serpents (the white gang) and the Choppers (black brothers) — in a fight to the death.   Seriously, “an all-out fight to the death!!!” 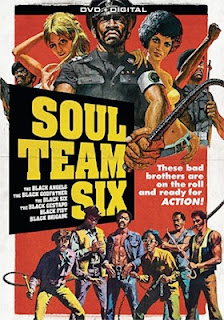 Also from 1970 is the Aaron Spelling MOW Black Brigade (aka: Carter’s Army), starring Stephen Boyd as a white officer in command of an all-black squad of soldiers — Roosevelt Grier, Richard Pryor, Moses Gunn and Billy Dee Williams are among the GIs.

Of course that was a mistake … Eddie’s brother, Bubba (Gene Washington) has his own motorcycle “club,” comprised of hard-working Viet Nam vets (played by NFL players … Mercury Morris, Carl Eller, Lem Barney, Willie Lanier and Joe Greene) and when word arrives that Moose killed his brother it is all-out war!!

Rounding on the mix is writer/director Lee Frost’s 1975 film release of Black Gestapo, also starring Rod Perry, and Black Fist, starring Richard Lawson as a up-and-coming boxer who is taken advantage of … when he rebels his friends and family members are murdered and he goes into hiding until he can exact his revenge!