Oscilloscope Laboratories Tabs Apr. 9 For The Release Of Blu-ray And DVD Editions Of Documentary Filmmaker Alexandria Bombach's On Her Shoulders 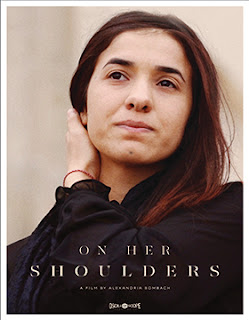 In the summer of 2014 the news channels were filled with scenes of thousands and thousands of Yazidis trapped on a mountain somewhere in Iraq.   It was likely the first time most Americans had heard of the Yazidi people, a group with distinct religious and socio-ethnic origins, who have lived in the northern area of Iraq for over a thousand years … and maybe longer.

ISIS had overrun their villages after the Iraqi army collapsed and those that could flee the deadly onslaught did so and were now trapped without water or food on the slopes of some godforsaken mountain … cable news audiences were drawn to their plight.   And then they were rescued … food arrived and the story just as quickly faded from view.

As often happens, the news cycle ran its course and the Yazidi were quickly forgotten.

However, documentary filmmaker Alexandria Bombach took up the story of the aftermath the ISIS attacks and the Sinjar Massacre with her award-winning film, On Her Shoulders, which focuses on one survivor who was not lucky enough to escape the assault and make it to the mountains.

Oscilloscope Laboratories announced this past week that On Her Shoulders will be available as both DVD and Blu-ray product offerings on Apr. 9.   The film, in addition to working the international and domestic film festival circuits, including Best Documentary at Sundance in 2018, got a brief theatrical release and qualified for the Academy Awards Best Documentary Shortlist. 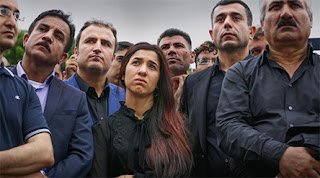 Nadia Murad, a young woman with limited knowledge of the outside world, was captured by ISIS when they overran her village.   600 fellow villagers, including her mother, were murdered on the spot.   The young women and girls, however, were spared since they were of value.   Sex slaves to be raped at will.   Such was Nadia’s fate.

She was able to escape and this simple young woman was eventually named a Goodwill Ambassador of the United Nations Office on Drugs and Crime (UNODC) for the dignity of survivors of human trafficking.  A face to the misery, who was interviewed over and over again about what it was like to be a prisoner, to be raped and to face death at any moment … and in the process she reached the conclusion that the press and those of good will who were trying to help her were asking the wrong questions. 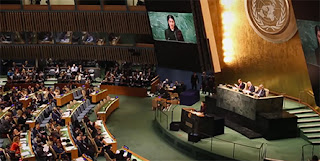 Filmmaker Alexandria Bombach follows Nadia’s growth from naïve young woman to an important voice for her people.   An amazing transformation caught on film and one that is well-worth seeing.

On Her Shoulders is presented with a mix of Arabic, English and Kurish, with English subtitled where appropriate.   Included as a bonus feature is a video session with filmmaker Alexandria Bombach. 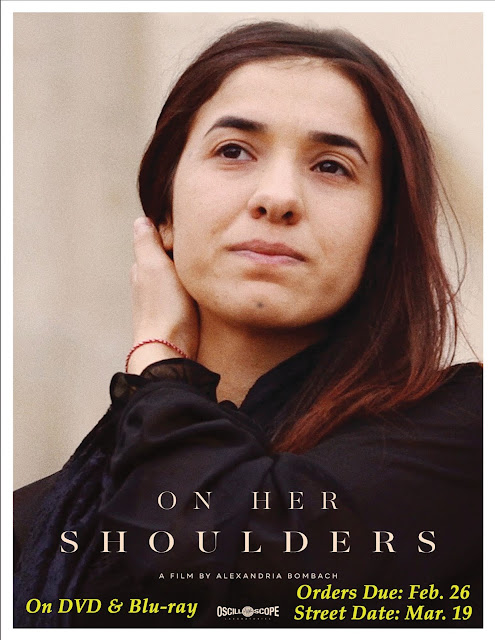 Email ThisBlogThis!Share to TwitterShare to FacebookShare to Pinterest
Labels: DVD and Blu-ray Release Report, Oscilloscope Laboratories Tabs Apr. 9 For The Release Of Blu-ray And DVD Editions Of Documentary Filmmaker Alexandria Bombach's On Her Shoulders