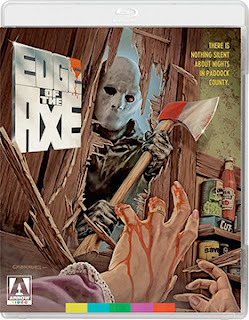 Arrow Video, with domestic sales and distribution support provided by MVD Entertainment Group, will have a 2K film restoration (from the original camera negative) of director José Ramón Larraz’s Edge of the Axe ready for a Blu-ray push on Jan. 28, 2020.

The film had a very limited VHS release back in 1989 (currently listed for $199.00 on Amazon’s marketplace) and has all but disappeared (except for those crappy DVD-R ripoffs), so for most genre fans this slasher flick is all but new to them.

This nerd, Gerald (Barton Faulks — Future Kill) and hot chick, Lillian (played by Christina Marie Lane, who appears to have disappeared after filming was completed), thriller pits these two amateur sleuths against a deranged psychopath who enjoys chop, chop, chopping up young women while wearing a white mask. 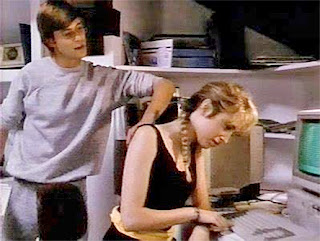 The plot plays out like a mystery, with red herrings thrown in to put audiences off the scent.   Lillian thinks she has figured it out, but has she … or will she be the next pretty young thing to get hacked to pieces?

As to bonus goodies, there are two commentary options, one with actor Barton Faulks (maybe he can tell us about Christina Marie Lane) and the second featuring The Hysteria Continues, plus there is a newly-prepared video session with Faulks and the featurette titled, “The Pain in Spain.”  You can also watch the film with its Spanish-language track (with English subtitles) or in English. 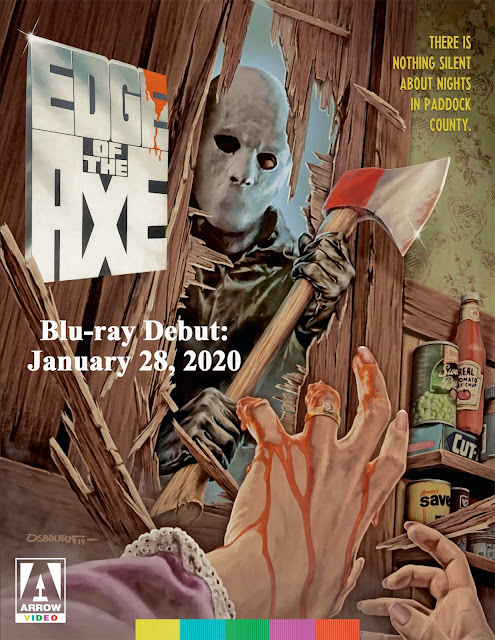