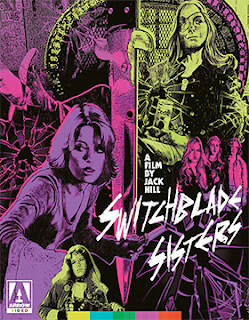 High school is a place where young minds are formed, hormones run wild and in Jack Hill’s world, gangs run the show.   The new kid, Maggie (Joanne Nail in her feature film debut — The Gumball Rally, The Visitor, Full Moon High), transfers to a new school and before she can say “hello,” she is mistakenly arrested as a member of The Dagger Debs and tossed into juvenal hall.

Here, “Mom” Smackley (Kate Murtagh — Farewell, My Lovely, The Car, Waxwork II: Lost in Time), the lovely lady in charge, takes a liking to her, being “fresh meat” after all, and is hot to introduce the innocent Maggie to the merits of lesbian love in a prison setting.

Fortunately, The Dagger Debs leader, Lace (Robbie Lee — Big Bad Mama … and later a voice actress for such kid shows as Rainbow Brite and The Get Along Gang), comes to Maggie’s aid and makes her a member of The Dagger Debs. 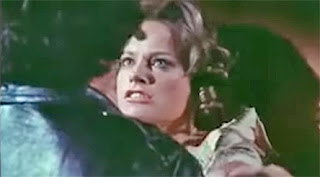 Now, if you’ve seen Grease, you know that the female gang, The Pink Ladies, had their male counterparts, The T-Birds.   Such is the case here as The Dagger Debs have The Silver Daggers, run by Dominic (Asher Brauner), who quickly “initiates” Maggie into the ways of high school gang life.   We will come to learn that this doesn’t sit well Dominic’s main-squeeze, Lace … but we will save that for the third act.

Harkening back to Grease, The T-Birds had their gang rival and so do The Silver Daggers, which is a run by Crabs (Chase Newhart).   He is smarter and meaner than Dominic, who mistakenly takes a switchblade to a gunfight — at the local roller rink, no less — and that’s it for him.   Maggie, while Lace is sidelined (don’t ask), takes over The Dagger Debs, including Patch (Monica Gayle), Bunny (Janice Karman) and Donut (Kitty Bruce), cuts ties with The Silver Daggers and teams up with the cross-town black girl gang run by Muff (Marlene Clark) and rebrands the new operation as The Jezebels. 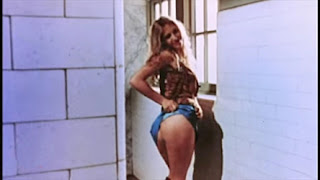 Maggie has gone from new girl to juvey girl to gang girl to gang queen and she’s still in high school.   We can’t wait until she gets to college … if she survives that long.   Crabs is still out there and high school girls can be a very jealous breed.

Filmmaker Jack Hill was at the top of his game with Switchblade Sisters, he knew what worked and had delivered such classics in the women-in-prison and blaxploitation film genres as The Big Doll House, The Big Bird Cage, Coffy and Foxy Brown, but surprisingly after this he would exit the business, but his mark had been made. 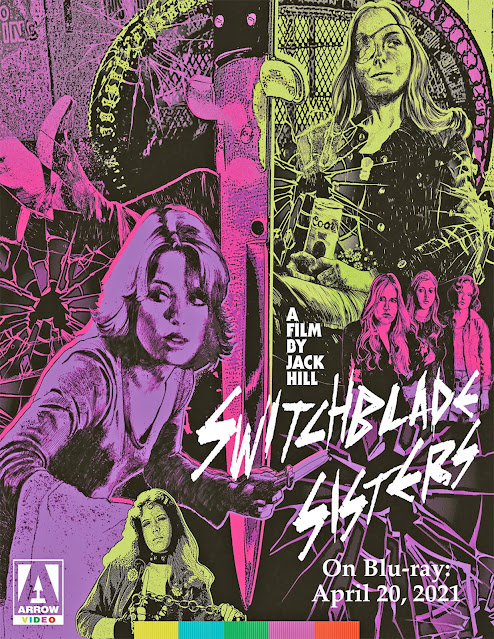