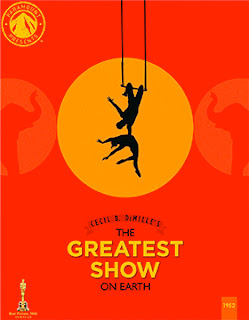 Paramount Home Media announced a 4K Ultra HD edition of Cecil B. DeMille’s The Ten Commandments two weeks ago (street date is Mar. 30), this was followed up by a ten-film Best Picture collection that is heading to Blu-ray on Mar. 23 … and now this release dance is complete with this week’s news.

Mar. 30 will be the street date for the latest addition to the studio’s popular Blu-ray product line, “Paramount Presents,” director Cecil B. DeMille’s Best Picture-winner for 1952, The Greatest Show on Earth.   Three-Oscar promotions spaced out over a three-week period … that is how it done, don’t step on the news of your own promotions by jamming them all together!!

That’s because David O. Selznick abandoned the project after having invested a quarter of a million dollars in it.   Three studios entered into a bidding war to pick up the Ringling
Bros.-Barnum & Bailey Circus endorsement … and, as history records, Paramount and Cecil B. DeMille won-out.

No one knows for sure how many scripts DeMille worked on before production began.   We know that at least six screenwriters were involved at one point or another, with Fredric M. Frank, Theodore St. John and Frank Cavett finally ending up sharing the Oscar for their script … the film itself won Best Picture and Cecil B. DeMille was nominated for Best Director (losing out to John Ford for The Quiet Man). 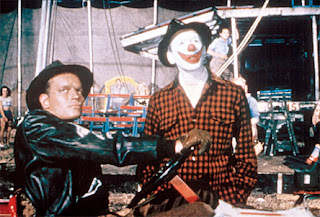 As for the cast, for months the Hollywood trade press was filled with rumors.  Burt Lancaster would star, no, Kirk Douglas would star as Brad Braden, but ultimately the coveted role went to Charlton Heston.   Lucille Ball was locked in as Angel, but when she became pregnant, the attention shifted to Gloria Grahame, who ended up doing four films that were released in 1952.

The other key actors in the film — Betty Hutton, Dorothy Lamour and Cornel Wilde — all went to “circus school” to be coached by actual circus performers … and James Stewart got to be Buttons the Clown, and you will notice that throughout the film he is never without his makeup on. 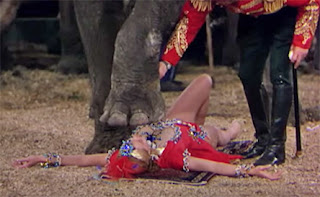 All sorts of technical tricks had to be accomplished to film “under the big top” … Technicolor developed special shutter attachments and experimental film stock.  The main tent cost in the neighborhood of $100,000 to build and the train wreck is an actual train wreck, with real train cars … it was an epic production, taking over five months to film.

This new film restoration is a 4K scan of the original negative … bonus features include the newly prepared “Filmmaker Focus with Leonard Maltin.”   The Blu-ray release also includes Digital Copy.

In other release news from Paramount Home Media this week, Nickelodeon will be bringing two new kid-friendly DVD releases to market during the month of March. 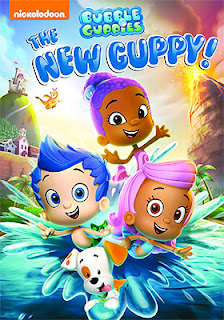 We kick off the animated action on Mar. 16 with the DVD debut of Bubble Guppies: The New Guppy!   A new guppy joins Molly, Gil and the rest of gang, the “animal expert,” Zooli, in four fun-filled adventures.

Adventures include the Sea Witch up to her old mischief, stealing the magical jewels to rule the Seven Seas, Zooli saves the day when she discovers that Agnes the Dragon is really lovable and not to be feared and Nonny, Zooli and Gil that the magic a genie can conjure is not valuable gems, but friendship.

The source of the action are the Dino Wilds, where a Brachiosaurus causes runaway chaos and a T-Rex is chewing up everything in sight … wow!! 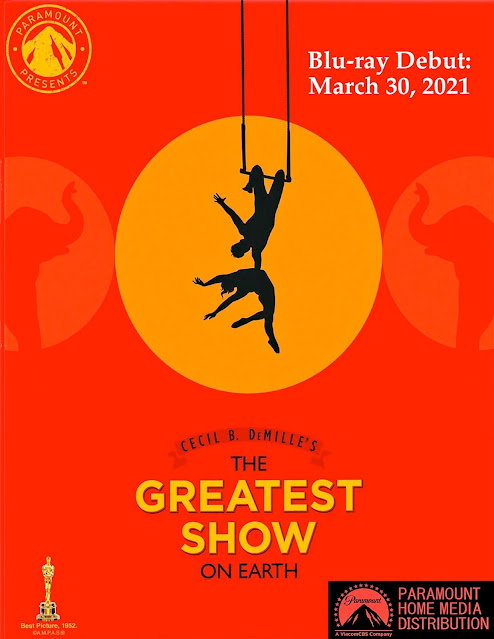 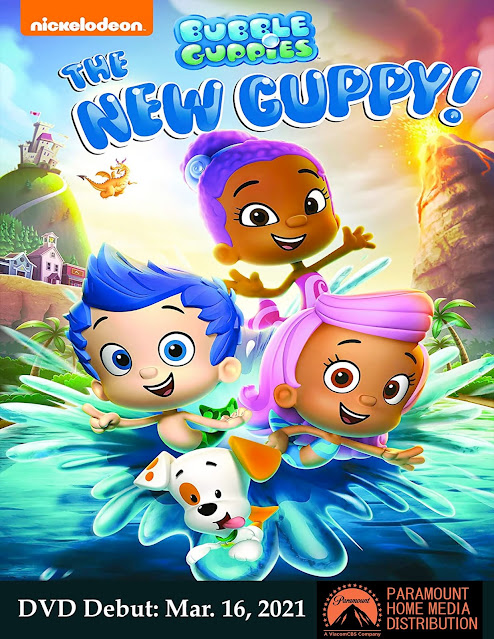 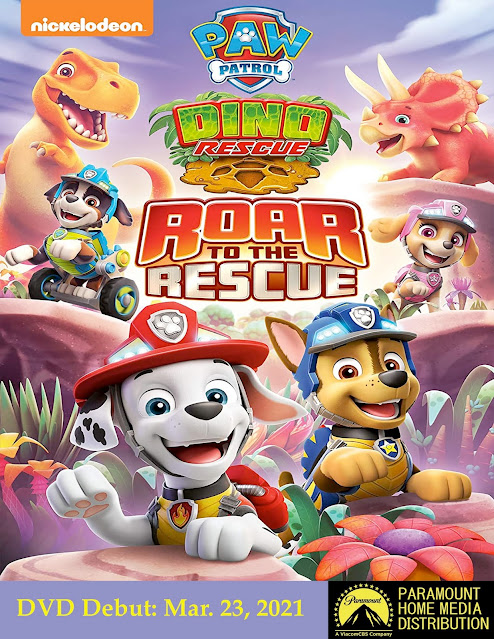 Email ThisBlogThis!Share to TwitterShare to FacebookShare to Pinterest
Labels: Paramount Home Media Announces 4K Film Restoration Of Cecil B. DeMille's The Greatest Show On Earth For Blu-ray Release On Mar. 30