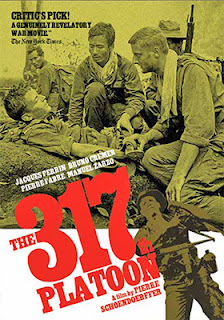 Icarus Films announced this past week that director Pierre Schoendoerffer’s 1965 film, The 317th Platoon, has been restored and will be making its domestic DVD debut on June 29.

Where do you start?   The director?  The production?   The release?   How about that it was on VHS back at the turn of this century and that was it, gone … pfffffft.

This is a film about the war in Vietnam.   Not our war, but the French war that came before our involvement in Southeast Asia.   Schoendoerffer, who was French, even though his name is decidedly German — a product of the Alsace region, which went back and forth between Germany and France for several hundred years and sparked at least two major wars between the countries — lost his father in the early days of World War II, survived the occupation and after the war became something of a French-version of Ernest Hemingway.

He would become a prolific writer, often doing books on his own personal experiences.   Towards the end of 1951, he found himself in Saigon as a cameraman for the French army … he was a quick learner and by the spring of 1954, he had arrived at this French base in the jungle called Dien Bien Phu.

Two days after the battle ended, Schoendoerffer was captured by Vietnamese forces and hauled off to a prisoner-of-war camp, where he spent four months as a prisoner before being released. 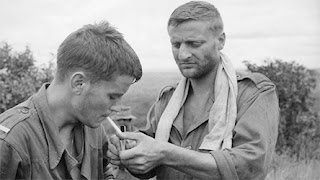 Skip ahead to 1965 and Schoendoerffer is now a filmmaker.   He writes books, makes films and his next project will be a film version of his own 1963 book, “La 317e Section,” which was drawn from his experiences at the Battle of Dien Bien Phu.  This, of course is, The 317th Platoon, which was literally filmed on the fly in the jungles of Cambodia by Schoendoerffer and a minimalist crew.

Somehow Schoendoerffer was able to convince future two-time Oscar nominee Jacques Perrin and Bruno Cremer to go with him to Cambodia and star in his film.   Since Schoendoerffer was a trained combat cameraman and his production took place during the non-stop rainy season (the only real safe time to film), the story of this lost patrol has a feeling of realism that makes it seem like actual combat footage. 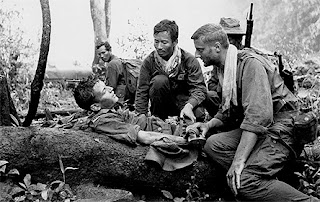 France filmmakers have not done a lot of Vietnam war movies, unlike their American counterparts, who have made more movies about the war than you can shake a stick at.   This rarity opened theatrically in France and then shifted over to the Cannes Film Festival about five weeks later, where it was nominated for the Palme d'Or and Schoendoerffer won Best Screenplay.

After a few more festivals … by 1968 it was largely gone from the public eye.

Now restored, Icarus Films will have the DVD release ready on June 29 … consider it, for all intensive purposes, virtually unseen; a lost film treasure, found.   The 317th Platoon is presented in French and Vietnamese with English subtitles. 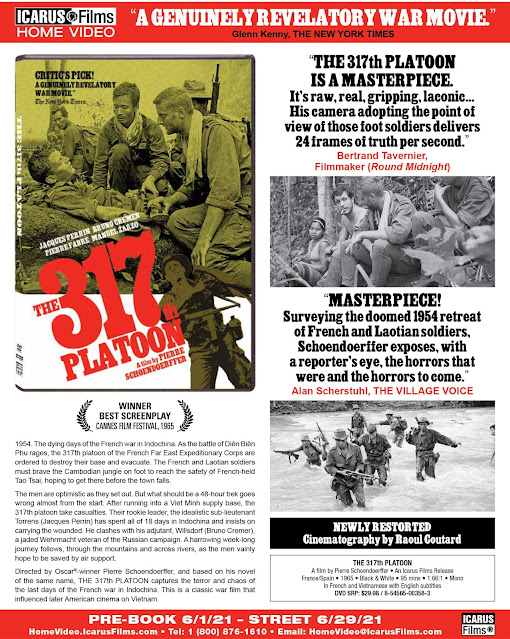