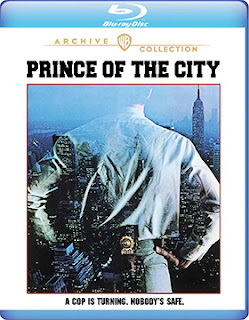 This past week, Warner Bros. Home Entertainment announced its slate of new-to-Blu-ray film vault releases that will be making their way home during the month of August.

Leading the way (and that is always a subjective opinion) is director Sidney Lumet’s 1981 film adaptation of former Deputy Police Commissioner Robert Daley’s 1978 tell-all book, Prince of the City.   The Blu-ray release date will be Aug. 24.

As is often the case in Hollywood, what starts out as one thing can end up being something completely different.   Before Daley’s book was even published, the rights were snapped up as a starring vehicle for John Travolta, who had achieved stardom with back-to-back hits, Saturday Night Fever and Grease, but during the pre-production period he bowed out and elected to do James Bridges’ Urban Cowboy instead.

Meanwhile, the director, according industry trade reports at the time, attached to the film was none other than Brian De Palma (De Palma and Travolta had teamed for Carrie, so the combo all made sense).   All hell broke loose as the initial screen adaption was rejected, neither Robert De Niro or Al Pacino could be enticed to take the role of Detective Daniel Ciello and then suddenly De Palma was no longer involved in the project ... he would do a De Palma/Travolta film, which ironically opened three weeks before Prince of the City, and that would be Blow Out. 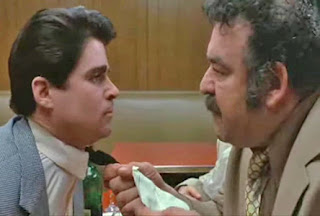 Enter Sidney Lumet, who has been on top of the world with Dog Day Afternoon and Network, but then for some reason he made The Wiz in 1978 and needed a bit of redemption.

Treat Williams was eventually cast as the detective from the Special Investigative Unit who agrees to work with the Justice Department to root out corruption in the department.

Bonus features include the "The Real Story."

Also added to the August Blu-ray release calendar from Warner Bros. Home Entertainment are One Crazy Summer (Aug. 10), In the Good Old Summertime (Aug. 17) and Shadow of the Thin Man (also on Aug. 17).