That’s just a fraction of one song … the lines are masterful, full of images.   His voice is distinctive.  His material has been memorialized by such greats as Helen Reddy (“You and Me Against the World”), Three Dog Night (“An Old Fashioned Love Song”), The Carpenters (“We’ve Only Just Begun”) and on … and on.

An Academy Award, Grammy and Golden Globe-winner … a screen icon too, who could ever forget his performance as Swan in Brian De Palma’s Phantom of the Paradise.  An industry giant, but only 5 foot, 2 inches tall.

As with the Mark Twain saw, “the reports of my death are greatly exaggerated,” so too is the passing of Paul Williams.  On Feb. 5, Virgil Films & Entertainment will release on DVD writer/director Stephen Kessler’s film homage, Paul Williams Still Alive.

The ARR is 242 days and the box office take from the film’s limited arthouse showcase was $38,691.
Kessler was surprised to learn that one of his favorite recording artists and songwriters from his youth was still around — Paul Williams had demons that damn near destroyed him.   20 years clean and sober now.  So he approached him about making a documentary about his life … it took awhile, lots of showing up at small venues and concerts to get past the “No. No. No” part of it. 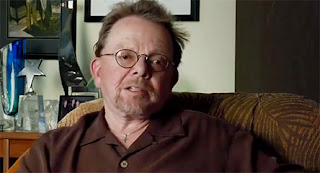 The final result is an interesting look at the living legend … and in many ways the film is also about the filmmaker himself, which proves to be insightful in many ways.   Words and music can indeed have a profound effect upon those who listen, enjoy and become life-long fans.

Bonus features on the DVD release include extended interviews and selected footage from Paul Williams’ concerts.