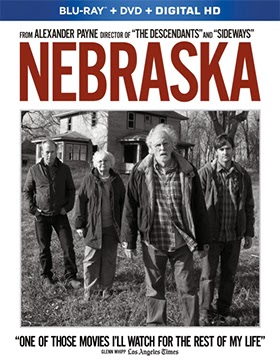 The Oscar race in the Best Actor category will come down to Matthew McConaughey for his performance in Dallas Buyers Club and Bruce Dern as Woody Grant, the man on a mission, in director Alexander Payne’s latest cinematic gem, Nebraska.

The other three in the field, Christian Bale, Leonardo DiCaprio and Chiwetel Ejiofor are all excellent (and certainly could win), but if you had to place bets right now it would have to be on either McConaughey or Dern.

It’s going to be a tough decision for many, but when you look at what Payne consistently draws out of his actors (go back and take another look at Sideways for example) — and when you toss in Dern’s long-standing career — you think that he might just get enough of the voting share to pull it out.

With the Oscar show being telecast on Mar. 2, Paramount Home Media Distribution’s announcement this past week that Nebraska will be available as either a Blu-ray/DVD Combo Pack (with UltraViolet) or as a stand-alone DVD product offering on Feb. 25 is perfectly timed to take full advantage of the hype leading up to the big event.

The ARR is 102 days and ticket sales currently stand at $9.7 million (it continues to grow as word of mouth drives the more discerning to their local multiplexes). 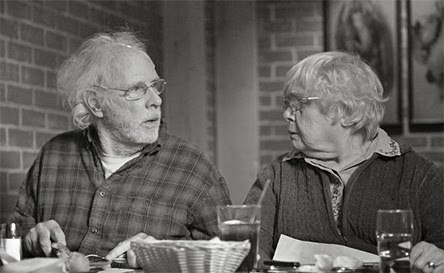 In addition to Bruce Dern’s Best Actor nomination, the film is nominated for Best Picture (good luck on that — it would be true dark horse if it won in that category), plus Alexander Payne made the cut as one of the five finalists for Best Director (his third nomination in this category — Sideways and The Descendants) and June Squibb absolutely steals every scene she is in and was rewarded for doing so with one of the five Best Supporting Actress nominations (this will be a very close race between June Squibb, Lupita Nyong’o and Jennifer Lawrence).

Also on hand is everyone’s favorite sleazy attorney from Breaking Bad, Saul Goodman — Bob Odenkirk — who plays one of Bruce Dern’s sons.   In what is now clearly an inside joke, when Saul is being “relocated” at the end of the Breaking Bad series, much to his objections, he is given a new identity and put on a bus to Nebraska!!!

SNL alum Will Forte plays Dern’s long-suffering other son, David, who reluctantly accompanies his father on his quixotic road trip.   The scenes with him and his two oafish cousins, Cole (Devin Ratray) and Bart (Tim Driscoll), are worth the price of admission on their own!

Nebraska is a brilliant film … its inclusion in the list of Best Picture candidates for 2013 is no accident!

Bonus goodies are limited to the Blu-ray SKU … a six-part featurette titled “The Making of Nebraska.”