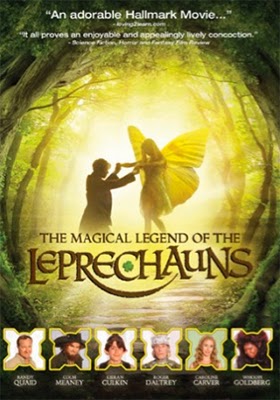 Mill Creek Entertainment announced its first wave of DVD product offerings for the month of March this past week.

First up, and timed for the St. Patrick’s Day promotional period with a Mar. 4 street date, is director John Henderson’s two-part Emmy-nominated mini-series, The Magical Legends of Leprechauns.   The Leprechauns, headed by Seamus Muldoon (Colm Meaney) find themselves at odds with the fairies, with a visiting American Jack Woods (Randy Quaid) caught in the middle, while the Grand Banshee (Whoopi Goldberg) seeks to restore order!

Also on Mar. 18 are Starsky & Hutch: Season One (a four-disc collection), Are We There Yet?, Last Action Hero and three double features: Donnie Brasco and The Devil's Own; I Know What You Did Last Summer is teamed with When a Stranger Calls; and, You Got Served is coupled with  Stomp the Yard.   All SKUs are priced at just $9.98.