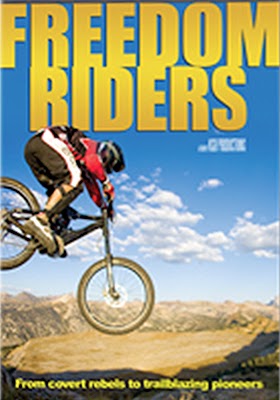 They were rogues, backcountry savvy, most of all, trail bike riders … and they were criminals.   Chris Kitchen, Brian Garson, Sam Pope, Jack Hawkes and their friends had to be tough to cut trail in Wyoming’s rugged Teton Pass area.   They would build wood bridges at night, hack out the undergrowth to get from this place to that … and then ride like demons during the daylight.  It was not always safe or sane!

The day finally came when these adventurous mountain bikers and illicit backcountry trail builders were confronted by the rangers of the all-powerful U.S. Forest Service.   It was conceded that their trails were good, expertly cut, but they were simply not allowed. 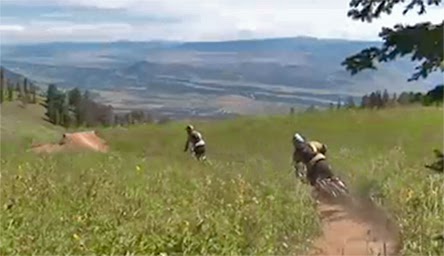 But in hundreds of square miles of remote forests, with mountain passes rising to over 13,000 feet, it would be impossible to “enforce” the strict letter of the law, so a compromise was reached.  You can cut a trail, maintain it and it is yours.  Freedom Riders is their story!

And besides, backcountry hikers found the mountain bike trail to their liking as well … access to places that were literally “not on the map.” 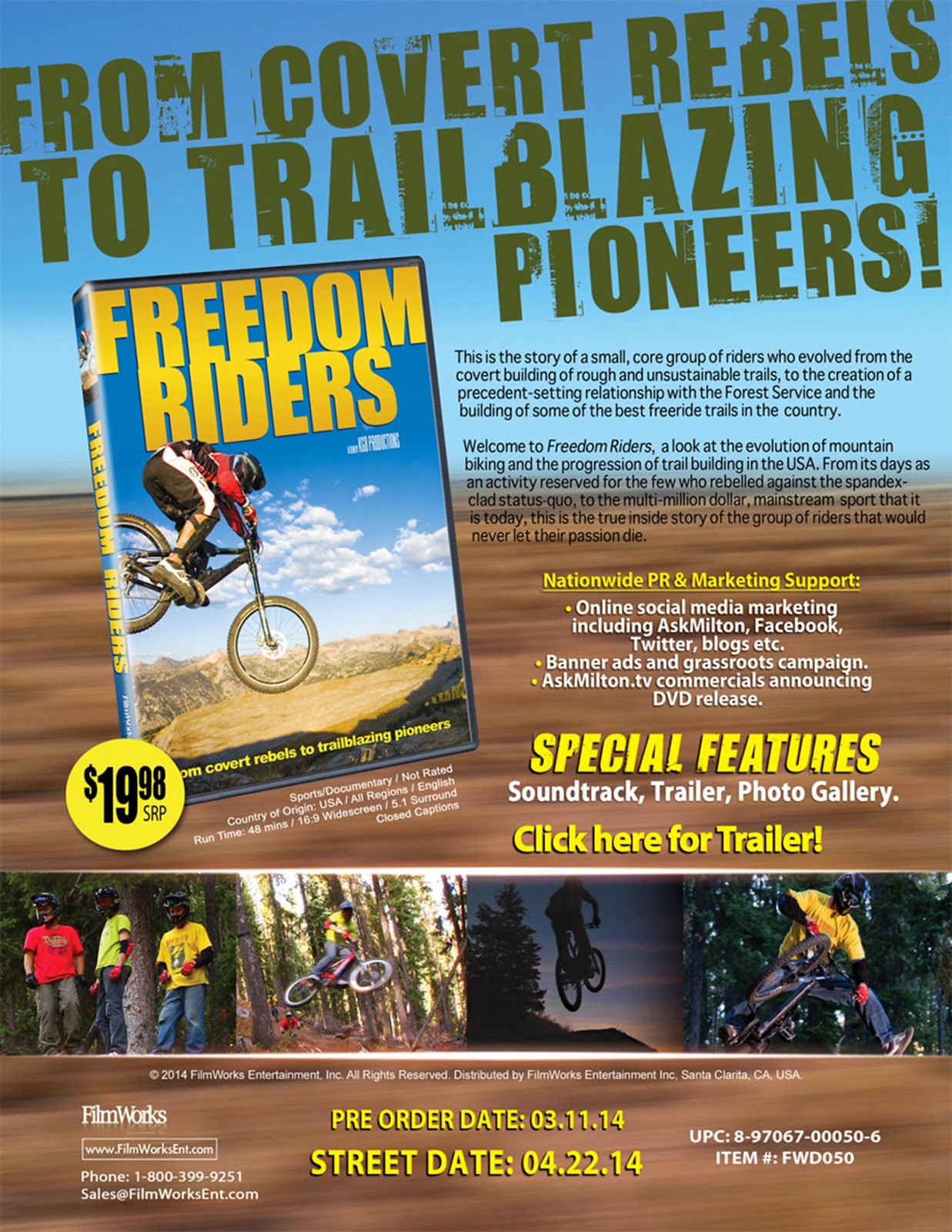