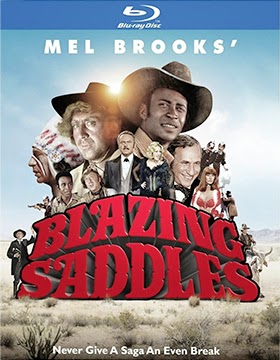 If you know your comedies, then Mel Brooks’ 1974 Blazing Saddles will be on that list … and for many it will be right at the top!

Warner Home Video announced this past week that a 40th anniversary edition of this comedy satire will be released as a Blu-ray special edition on May 6.

Also added to the release calendar this week are a quartet of animated releases that will be ready for a home entertainment rollout during the month of May.

Debuting on as both DVD and Blu-ray/DVD Combo Pack (with UltraViolet) on May 6 is director Ethan Spaulding’s feature-length superhero adventure, Son of Batman. 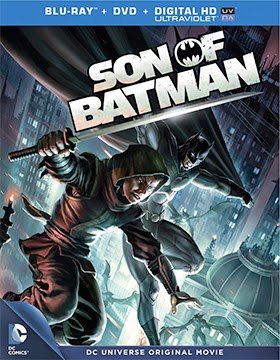 Bonus features include a trio of production featurettes, plus four bonus animated adventures culled from various animated television series featuring Batman — “Out of the Past” (Batman Beyond), “The Knights of Tomorrow!” and “Sidekicks Assemble!”  (Batman: The Brave and the Bold) and “Showdown” (Batman: The Animated Series).

Also streeting on May 6 is the sixth volume of the Cartoon Networks’ Adventure Time.  Included in the collection titled Adventure Time: The Suitor are 16 episodes, plus the featurette titled “Little Did You Know.”

The following week, May 13, Scooby-Doo and Shaggy fans should be on the lookout for the double disc DVD collection, Scooby-Doo!: 13 Spooky Tales - Field of Screams.
Lastly, May 20 will see the release on DVD to the general market place of JLA Adventures: Trapped in Time (previously a Target exclusive).