Vinegar Syndrome Tabs Apr. 8 For A Restore Extended Cut Of Marilyn And The Senator 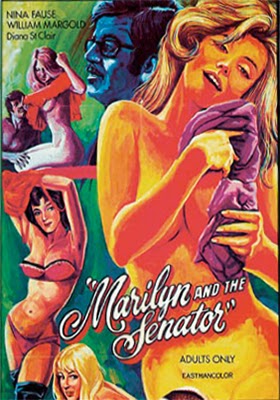 From the golden age of “adult” feature length films — which were actually shot on film — comes the Apr. 8 DVD debut from Vinegar Syndrome of a fully restored (from the original 35mm negatives), extended cut (“director’s cut”) of filmmaker Carlos Tobalina’s 1975 political seduction tale (think: Watergate), Marilyn and the Senator.

To put films of this era in context, you must see director Paul Thomas Anderson’s Boogie Nights.   It is a must-see for students of film.   The transition from film to video and the implications that came with that transition are neatly chronicled.

Theatre chains exhibited these films (Pussycat Theaters for those who remember them in SoCal are a prime example), legal battles were fought, stars were born … and HIV/AIDS was not on anyone’s radar (yet).   With the arrival of VHS, everything changed … 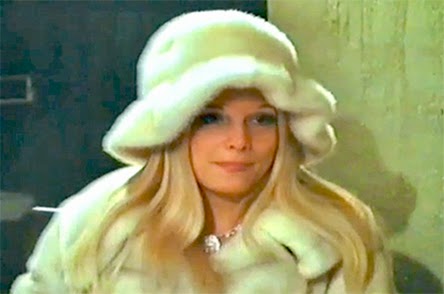 Email ThisBlogThis!Share to TwitterShare to FacebookShare to Pinterest
Labels: DVD and Blu-ray Release Report, Vinegar Syndrome Tabs Apr. 8 For A Restore Extended Cut Of Marilyn And The Senator