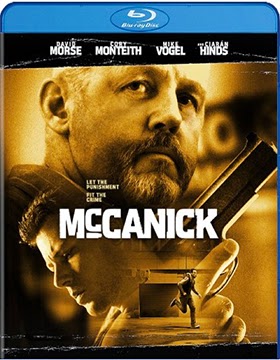 Glee star Cory Monteith’s final film performance was filmed and “in the can” when he died of a drug overdose in a Vancouver hotel room on a summer’s day last year … a promising career cut short.

The film in question is director Josh C. Waller’s taut police thriller, McCanick, which made its debut at the Toronto International Film Festival last September and has subsequently been picked up for domestic distribution by Well Go U.S.A.   A theatrical break is planned for Mar. 21, with Blu-ray and DVD editions following on May 20.

While the attention could well be focused on Monteith’s screen farewell, make no mistake about it this is David Morse’s film.   He’s the title character, Eugene "Mack" McCanick, a long-serving Philadelphia police detective who begins his day with some trepidation about an evening reunion with his estranged son.   As the events of the day unfold … those dinner plans will be the least of his worries.

He gets word that Simon Weeks (Monteith) has gotten an unannounced early release from prison.  This bit of news becomes the MacGuffin that sets the story in motion.

McCanick flies into a rage at the news, especially when he learns that Weeks has been out and on the street for almost three months.   Your first knee-jerk reaction is, “why should it matter” … a seven year-old conviction, he’s been free for three months and any secrets the young Weeks might have had about McCanick’s involvement in his bust would have certainly long since been revealed to others.  Or, maybe not.
McCanick, with his partner, detective Intrator (Mike Vogel) in tow launches an obsessive, seemingly irrational search for the parole.   Every back alley; every drug den and just about every rat hole in Philly are given the once over in a desperate day-long search for Weeks and the secrets he possesses.   Get in the way of McCanick’s quest and you could be dead in a heartbeat … and that includes his partner! 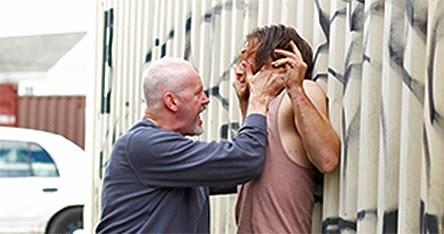 As McCanick’s paranoia — and violence — increases Waller begins to reveal, through a series of flashbacks, the nature of Weeks’ crime and the relationship he had/has with the detective working the case.   Before day’s end the “issue” will be resolved one way or another.

No word just yet on any bonus features associated with the Blu-ray and DVD launch on May 20.