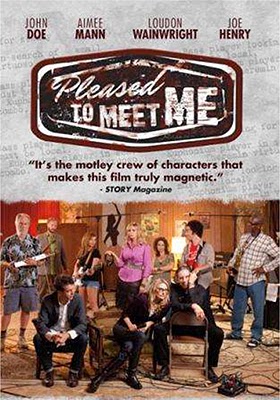 Louisville-based writer, director and producer Archie Borders was listening to NPR one day when Starlee Kine’s piece titled “Everyone Speaks Elton John.”   It was one of those “you won’t believe this” stories (but true) about a guy named Jon Langford (a real musician) who dug through the classified ads and put together a band from just those advertising.

But it gets better, Langford pitched them on the idea that they would come together for one day, record Elton John’s “Rocket Man” and then go back to their lives.   That was more than enough for Borders, what a great metaphor for the often serendipitous life of musicians.

That was ten years ago … it took awhile, but with the help of co-writer David Henry he fashioned a script based on Kine’s story (flushing out the backstories for his recruited musicians), put together the financing, recruited a hell of a cast and delivered Please to Meet Me.


Virgil Films & Entertainment has added Please to Meet Me to its May 20 DVD release calendar (already in place is American Made Movie).

Borders recruited established musicians and actors for one half of the cast members.  These include Aimee Mann (Oscar and Grammy nominations for her song, “Save Me,” from Paul Thomas Anderson’s Magnolia), Grammy-winners Louden Wainwright III and Joe Henry and John Doe (who plays Jon Langford) founder of the punk rock band X (plus long-standing actor in his own right — Great Balls of Fire, Road House, Boogie Nights, etc.). 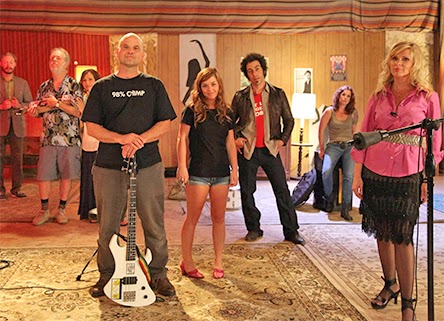 He then picked up some local acting talent (Timothy Morton, Adam Kramer and Katie O’Brien) and rounded out the cast with up-and-coming musicians — the lead singer of the band Over the Rhine, Karin Bergquist and actress Morgan Nagler (Bird, American Pie 2, etc.).

The result is electric.  Filmed on a tight schedule in and around Louisville, the recruited band members come together (as in Kine’s original story) for a one-shot recording session which is billed as an “experiment in musical purity” (whatever that is) … it is to be aired on a nationally syndicated radio show called “World Café,” if, and only if, they can pull it together.

Email ThisBlogThis!Share to TwitterShare to FacebookShare to Pinterest
Labels: DVD and Blu-ray Release Report, Virgil Films And Entertainment's Please To Meet Me Arrives On DVD On May 20