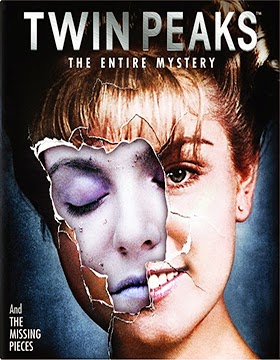 Paramount Home Media Distribution, in conjunction with CBS Home Entertainment, announced this past week that auteur filmmaker David Lynch’s landmark 1990/1991 television series, Twin Peaks and the 1992 theatrical follow-up, Twin Peaks: Fire Walk With Me will be getting a Blu-ray collection push on July 29.

The ten-disc/30-episode whopper of a box set is titled Twin Peaks: The Entire Mystery and features a full 90 minutes of deleted scenes and alternate scenes from Twin Peaks: Fire Walk With Me.

Other bonus nuggets include two versions of the Twin Peaks pilot, the featurettes titled “A Slice of Lynch: Uncut,” “The Glastonbury Archives, “17 Pieces of Pie: Shooting at the Mar T (AKA RR) Diner,” plus the four-part making-of documentary, “Secrets from Another Place: Creating Twin Peaks,” deleted scenes from the television series and “Log Lady” episode introductions.

In addition, there are two featurettes associated with Twin Peaks: Fire Walk With Me — “Between Two Worlds” and “Moving Through Time: Fire Walk With Me Memories” — plus a newly-prepared photo gallery and ten iconic clips from the film titled “Atmospherics.”

In other release news this week, Aug. 5 will mark the arrival of the next DVD collection of Perry Mason feature-length mysteries.   Six films are included in the three-disc set titled Perry Mason Movie Collection, Volume Three.   A complete listing of the six films included in the collection is not available at this time. 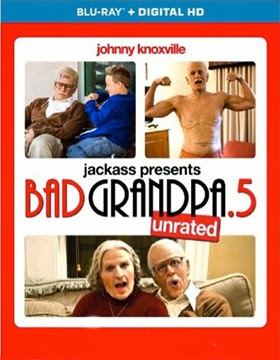 This all-new feature-length follow up to 2013 theatrical hit showcases all new adventures featuring (read that as: pranks) Johnny Knoxville as Irving “Bad Grandpa” Zisman and Jackson Nicoll as his adorable grandson, Billy.