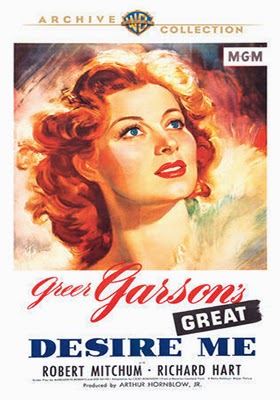 Warner Home Video continues to mine its world-renown film library with new release selections that were added to the schedule this past week for both the DVD and Blu-ray formats.

On the DVD release front, a trio of vault treasure debuts have been added to the June 3 release calendar.   Greer Garson was nominated on seven separate occasions in the Best Actress category (with a win for Mrs. Miniver in 1942) and her fans will have cause for celebration with the DVD debut of her 1947 release of Desire Me.

This film had a somewhat checkered history having passed through the hands of not one, but four directors, including George Cukor and Mervyn LeRoy, with no one in the end listed as the film’s Director (a Hollywood rarity).

Robert Mitchum and Richard Hart co-star, and, of note, Hart and Garson were nearly killed filming a scene on the Monterey coast when a freak wave snatched them off the rocks and hurled them into the Pacific Ocean. 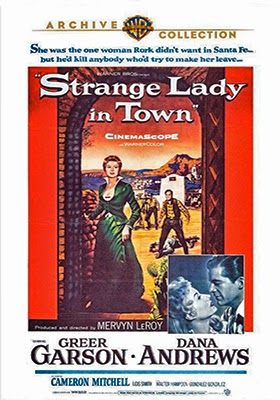 Also on June 3 release calendar is Greer Garson’s 1955 film release of Strange Lady in Town.   Directed by Mervyn LeRoy and co-starring Dana Andrews, Garson plays a well-educated Bostonian doctor who heads to Santa Fe, New Mexico (actually filmed in Tucson) to take up practice in the 1870s and soon butts heads with the resident doctor (Andrews), but romance blooms.

During the course of the action she does manage to cross paths with both Billy the Kid (played by Nick Adams) and Governor Lew Wallace (Ralph Moody).

Also heading to DVD on June 3 is the 1960 Clark Gable/Sophia Loren romantic comedy, It Started in Naples. 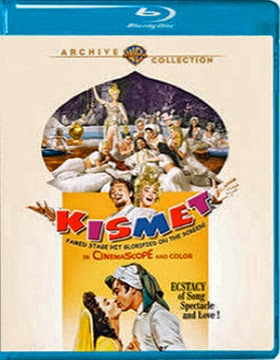 On the Blu-ray release front look for director Vincente Minnelli’s 1955 musical Kismet, starring Howard Keel and Ann Blyth, to be available in hi-def on June 10.