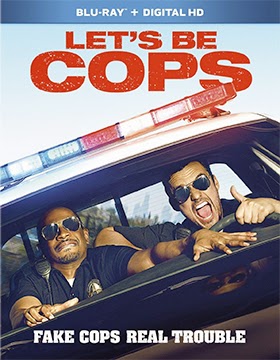 20th Century-Fox Home Entertainment has signaled that it will be pulling back sharply on marketing, advertising and publicity efforts on behalf of its hit theatrical releases going forward.  Perhaps, just perhaps, this is a signal that the DVD and Blu-ray formats are becoming simply too hard for the studio to manage and market effectively.

Of note, the studio was one of the last hold-ups, clinging desperately to VHS as the future for home entertainment, before finally reluctantly joining the lucrative DVD gold rush in November of 1998 — a full year-and-half after Warner Bros. took the lead in launching the format!

The first casualty of this new no-promotion policy is writer/director Luke Green’s hit summer comedy Let’s Be Cops, which is being dumped without fanfare into an already very busy Nov. 11 release slot … a date dominated by Warner Bros. Home Entertainment’s Tammy and Jersey Boys. 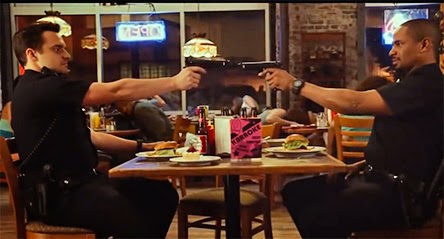 Details, as to bonus goodies (if any) are lacking for this buddy-comedy starring Jake Johnson and Damon Wayans, Jr. … which arrives with a quick-to-market ARR of just 88 days.

Ticket sales were a stellar $77.2 million, which makes it all the more puzzling as to why the studio is abandoning any and all promotional efforts for this winning comedy. 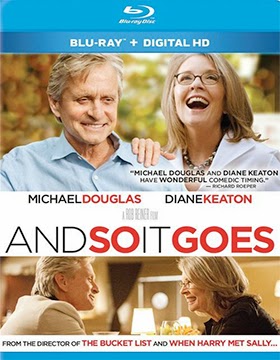 Excuses can be made, however, for director Rob Reiner’s summer turkey, And So It Goes, starring Michael Douglas and box office poison Diane Keaton.   Industry reports that it cost north of $30 million to produce, but only took in $15.1 million in domestic ticket sales.   Nothing but red ink there for this box office bomb!

So, in keeping with the new no promo policy, why make the effort on Nov. 18 when it makes the transition to the home entertainment market place … DVDs and Blu-rays sell themselves, you know (and squirrels hunt in packs), and that old saw about home entertainment being the savior for box office duds has, apparently, suddenly gone out of style.

For the record, the ARR for the DVD and Blu-ray SKUs of And So It Goes works to 116 days.