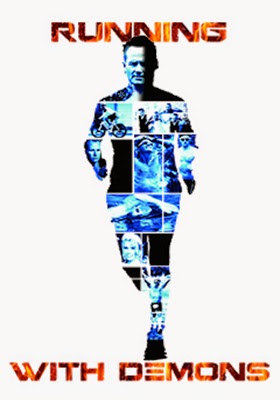 The documentary filmmaking team of Tony Armer and J. Declan Flynn and the examination of the incredible turnaround of Todd Crandell from drug-addicted, homeless and battling alcoholism to becoming an elite endurance runner is examined in Running with Demons.   This incredible story is making its DVD debut from Indican Pictures on Oct. 21.

Addiction can be a destroyer of lives.   At some point during his 13-year downward spiral Crandell realized that he could turn his additive personality; his additive nature into a positive by finding something could make him feel good about himself … and still get that “rush.”

It is certainly not for everyone, but for Todd Crandell rebuilding his life into that of an elite, world-class runner was both an obsession and a life-saver.   He began the process of healing in 1999 and by 2008 he was the only competitor to complete the Ultraman Hawaii triathlon (day one consisted of a 6.2 mile swim and 90 miles of biking; day two followed with over 170 miles of biking and day three was a 52 mile run — a double marathon).   Six days later, he completed the Ironman Western Australia competition. 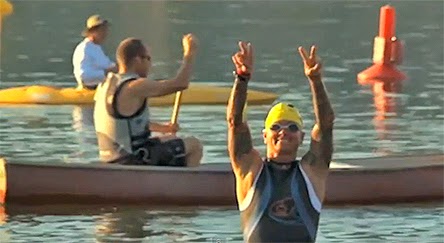 Once he was able to channel his “additive” nature … he turned his life around.  And in doing so he learned how to help others through his Racing for Recovery program and the books that he has written, including “From Addict to Ironman.”   Running with Demons is an inspirational look at the man who refused to just give up and die (it would have been so easy) … it also delivers an uncompromising message: “With Sobriety, Anything Is Possible!”