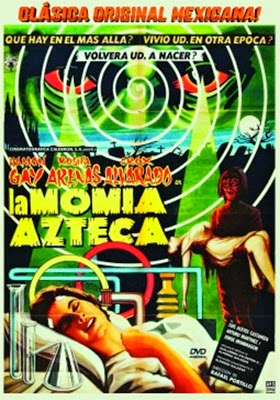 The month of December brings three additional DVD releases from VCI Entertainment showcasing the popular Mexican horror adventures from the 1950s that the company has been delivering to eager fans of late.

He not only must battle “The Bat” (Luis Aceves Castañeda), who is also known as the evil Dr. Krupp, to save his fiancée Flor (Rosa Arenas) time and again from his evil clutches, but El Ángel also has avoid death from such things as snake pits and when not otherwise distracted he must also overcome a revived Aztec warrior (mummy) known as Popoca (Ángel Di Stefani) who guards a vast treasure.

This is one busy superhero! 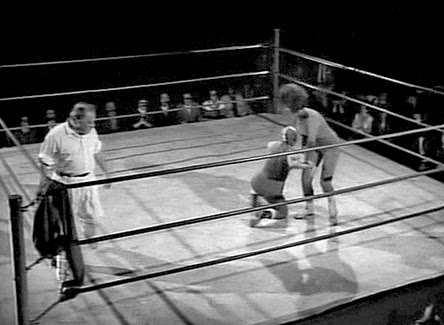 The following week, Dec. 16, VCI Entertainment returns with legendary Mexican filmmaker René Cardona’s 1965 film, Las Lobas del Ring (aka: She-Wolves of the Ring).   This is one of those guilty pleasures where one ignores the plot and just enjoys the various female wrestlers going at it non-stop for a winner-take-all prize of $1,000,000.

All three films are presented in Spanish with English subtitles.