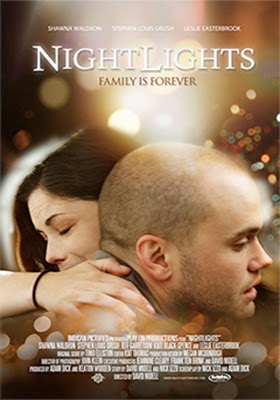 When Hollywood makes a movie about autism you get Rain Man, which teamed Dustin Hoffman with Tom Cruise.   Hoffman’s character, Raymond, was a savant, capable of nifty tricks and able to more or less function in society (with limitations).

When a doctor, who is also a filmmaker, makes a movie about an individual with autism the final product is much more personal.   More insightful.

That’s precisely what Indican Pictures has headed to DVD on Jan. 13, director David Midell’s award-winning NightLights, a heartfelt story about an autistic young man, who, unlike Raymond, is somewhere else on the autistic spectrum.

Jacob Logan (Stephen Louis Grush — Lucky 7, Gracepoint, etc.) can’t just glance down at a pile of toothpicks on the floor and shout out the precise number.   He can’t count cards or rattle off statistics about airline safety … he’s a prisoner, he is a prisoner with a mind that is locked away. 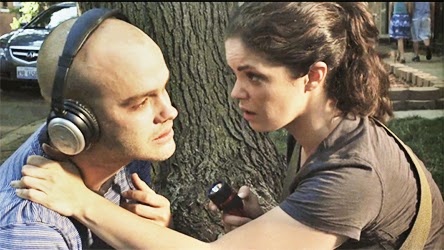 He needs constant care and that falls to his sister Erin (Shawna Waldron — Little Giants, The American President).  She provides him with unconditional love and support.   She gets him through the meltdowns.  It consumes; her caregiving is a life-commitment and, in its own way, she too is something of a prisoner.

Filmmaker David Midell is uncompromising in his storytelling.   All the bumps and bruises — both physical and emotional — are here to see.   And in telling his story, he pulls from his actors incredible performances that keep you, the audience, engaged … engaged in the characters and their struggles every bit as much as filmmaker Barry Levinson did with Charlie and Raymond in the Oscar-winning Rain Man.

As much as NightLights is about Jacob and his world, so too is the story about his sister Erin and the things that affect her life.  Can she have friends?   Can she have an intimate relationship; love beyond Jacob?

Jan. 13 is a date to mark on your calendar if you are looking for one of those “indie” films that comes along from time to time that is both engaging and delivered from the heart.  Nightlights is exactly that!