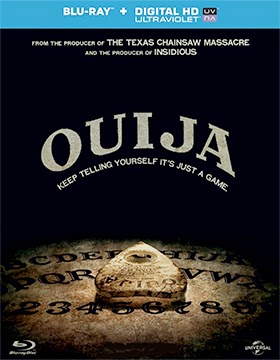 Universal Studios Home Entertainment doubles up this week with release news for two recent theatrical hits.   Both are being released as stand-alone DVD and Blu-ray/DVD Combo Packs … with UltraViolet.

First up is director Stiles White’s supernatural thriller, Ouija, starring Olivia Cooke (The Signal and as Emma in the Bates Motel television series) as Laine, the de facto organizer of a “victim” pool when she invites her friends over to commune with the dead via a cursed Ouija Board. 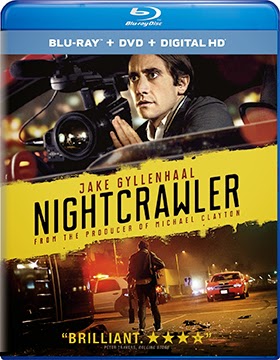 Bonus features include a trio of production featurettes — “The Spirit Board: An Evolution,” “Adapting the Fear” and “Icon of the Unknown.”

The following week, Feb. 10, the studio is back with writer/director Dan Gilroy’s Nightcrawler, starring Jake Gyllenhaal as a Los Angeles “photo journalist” who evolves into a sensationalist news-manufacturing machine.  The ARR is 102 days and box office receipts are right at $30 million.

Bonus features include commentary from filmmaker Dan Gilroy and the featurette titled “If It Bleeds, It Leads.”