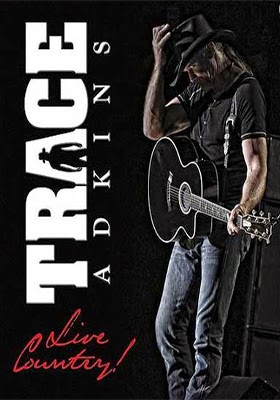 Eagle Rock Entertainment will deliver on Jan. 13 a New Year’s country music celebration on DVD for all of those Christmas gift-card holders to enjoy.   That’s the street date for the release of Trace Adkins: Live Country!
Filmed live this past August at The Paramount on Long Island in Huntington, New York, Country music, television and film star Trace Adkins served-up a 20 song set for his fans to stomp their feet and sing along to their favorite Adkins’ tunes.

Included in the mix are his first hit, “There’s a Girl in Texas,” plus his first number one recording, “(This Ain’t) No Thinkin’ Thing” and other selections that include “I Left Something Turned on at Home,” “This Ain’t No Love Song,” “Chrome” and “Honky Tonk Badonkadonk.”