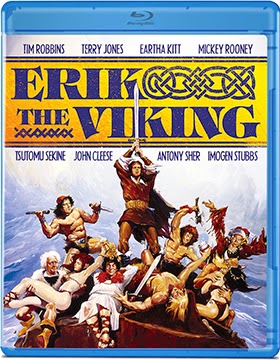 Also on the Pythonesque comedy front on May 26 are both DVD and Blu-ray SKUs of director Mel Damski’s all-star pirate comedy Yellowbeard.   Leading the cast is, yes another Monty Python troop member, Graham Chapman, as the title character, who is joined by both Eric Idle and John Cleese, plus such comedy stalwarts Cheech and Chong, Peter Cook and Young Frankenstein cast members Peter Boyle, Madeline Kahn, Marty Feldman and Kenneth Mars.   A delicious romp! 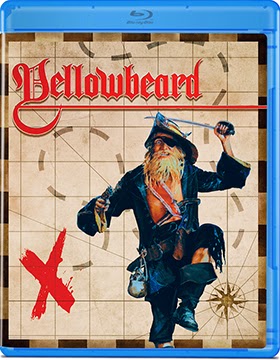 It’s Animal House on the slopes as May 26 see bothSki School, heading to retail.   In this world of booze, parties, bikinis and snow there is no frostbite, only beautiful women (with little to wear) and Dave Marshak (Dean Cameron), the ultimate party slacker, who challenges the elites of the ski slope to a winner-take-all competition.
DVD and Blu-ray SKUs of director Damian Lee’s 1991 comedy,

Also on the May 26 release calendar is the DVD debut of writer/director Martin Faltermeier’s 2012 throwback sci-fi thriller, Zombies From Outer Space.

Email ThisBlogThis!Share to TwitterShare to FacebookShare to Pinterest
Labels: DVD and Blu-ray Release Report, Olive Films Get Pythonesque On May 26 With DVD And Blu-ray Editions Of Erik The Viking And Yellowbeard