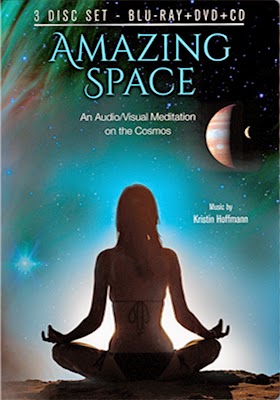 The Film Chest announced this past week that the creative collaboration between NASA, composer Kristin Hoffmann, producer Ralph E. Stevens and filmmaker Elan Alexenberg will manifest itself on May 26 with the Blu-ray/DVD Combo Pack debut of Amazing Space.

Celebrating 25 years of the famed Hubble Telescope — and its astounding deep-space imagery — this state-of-the-art production combines the visuals of the universe around us with the magical music of Kristin Hoffmann.

Relax, turn the lights down and let her soothing music and the magic of the cosmos envelop you in sublime meditation.  Let slip away the stress of the day and become at peace … a winged traveler to the fringes of the universe.   It is, indeed, an “amazing space.”

Bonus features include a CD of Kristin Hoffmann music. 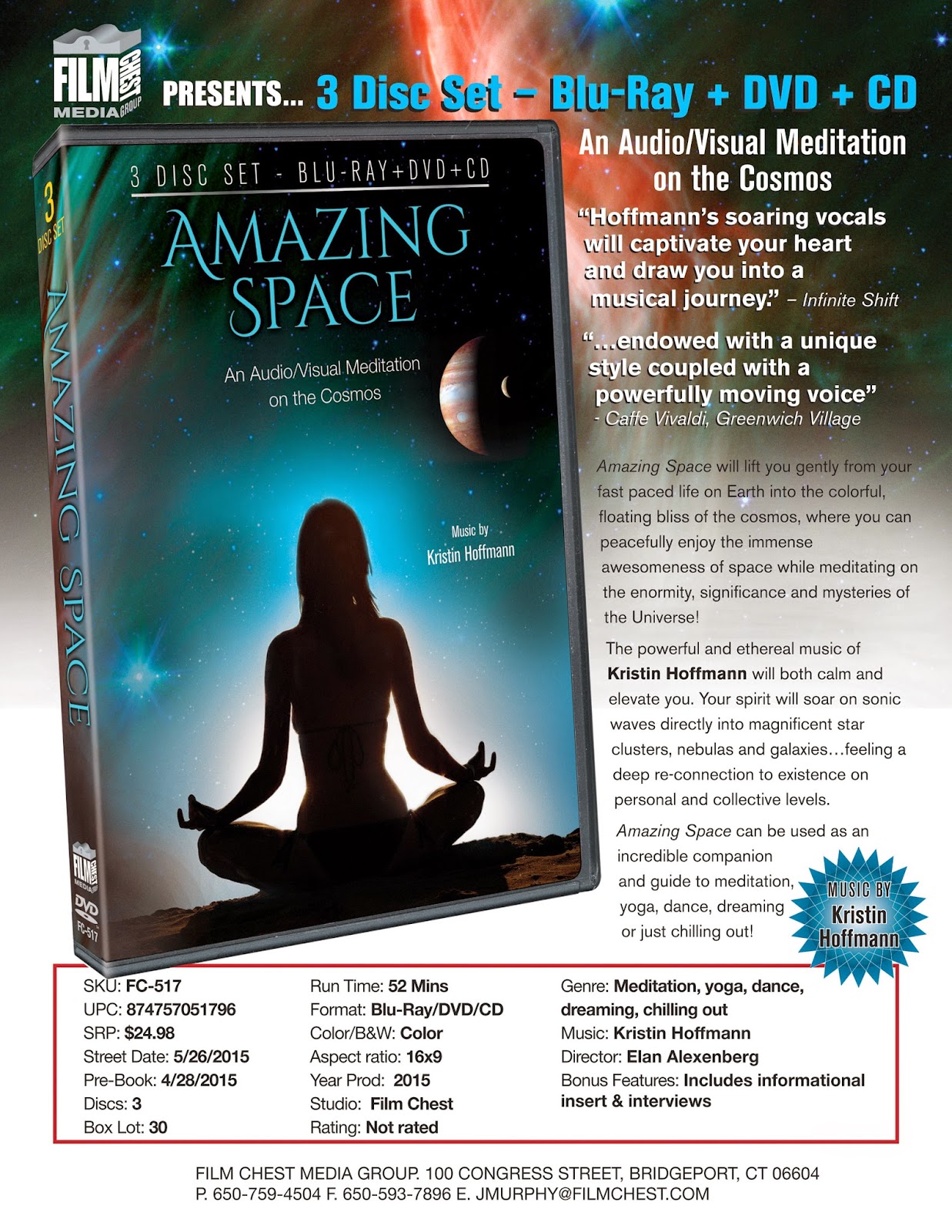 Email ThisBlogThis!Share to TwitterShare to FacebookShare to Pinterest
Labels: DVD and Blu-ray Release Report, The Film Chest Selects May 26 As The Debut Date For A Blu-ray/DVD Combo Pack Of Amazing Space