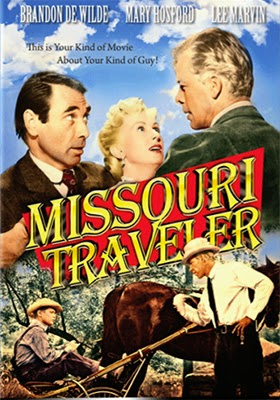 VCI Entertainment has restored director Jerry Hopper’s 1958 film adaptation of the John Burress (aka: John Burr) novel, The Missouri Traveler, and will be releasing it to the DVD market place this coming May 26.

Filmed in glorious Technicolor, and following in the theatrical success of East of Eden, this similar period piece (Americana circa 1910) served to showcase the rising talents of the young Brandon DeWilde (a successor to the ill-fated James Dean???) as a troubled teen who is befriended by Missouri small town rivals Doyle Magee (Gary Merrill), the local newspaper reporter, and Tobias Brown (Lee Marvin), a wealthy land baron.

While Brandon DeWilde would, ironically, meet the same fate as James Dean in 1972, The Missouri Traveler is noted, not for his performance (although he would shine the following year opposite Carol Lynley in Blue Denim), but that of Lee Marvin. 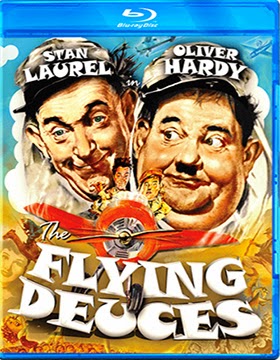 In other release news from VCI Entertainment this week the legendary comedy team of Laurel and Hardy will get the hi-def treatment on May 19 with the Blu-ray debut of director A. Edward Sutherland’s 1939 comedy, The Flying Deuces.

Bonus features for this restored comedy classic include two silent short films — The Paper Hanger’s Helper (1925) and Lucky Dog (1921) — plus the remastered episode (from the original 35mm film elements) of the 1954 Ralph Edwards-hosted telecast of This Is Your Life: Laurel and Hardy.

Email ThisBlogThis!Share to TwitterShare to FacebookShare to Pinterest
Labels: DVD and Blu-ray Release Report, Restored Missouri Traveler Heads To DVD On May 26 Courtesy Of VCI Entertainment