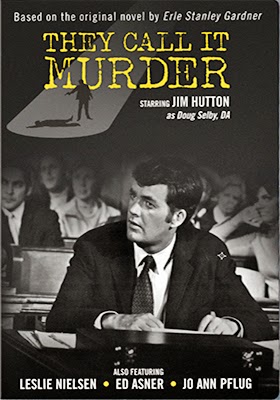 The Film Chest has unearthed director Walter Grauman’s 1971 made-for-TV film, They Call it Murder, which was a loose (and updated) adaptation of Erle Stanley Gardner’s District Attorney Doug Selby 1939 novel, “The D.A. Draws a Circle.”

The newly-transfer film restoration will be released on DVD this coming June 2.

This feature-length film served as a would-be pilot for a proposed series (production actually began before Gardner’s death in 1970, but was shelved its airing in December of 1971) — a kindred spirit to Gardner’s long-running Perry Mason television series — but it never took off, so we are left with this one-off look at Gardner’s crusading District Attorney. 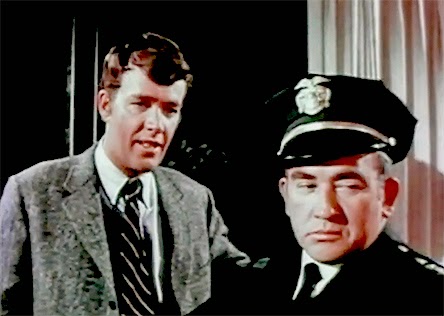 Selby is played by Jim Hutton (although unsuccessful here as a crime-fighter, four years later he would star as Ellery Queen in the TV series of the same name) and the local police chief, Otto Larkin, is none other than Ed Asner … Sheriff Brandon, Selby’s go-to-guy, is played by Western tough guy Robert J. Wilke.

This whodunit involves a mysterious murder — the victim is found floating in a swimming pool — with the body found to contain two bullet holes in the same place, from two different guns.   Two would-be murderers, but only one is really guilty!!!

Email ThisBlogThis!Share to TwitterShare to FacebookShare to Pinterest
Labels: DVD and Blu-ray Release Report, They Call It Murder Heads To DVD On June 2 Courtesy Of The Film Chest