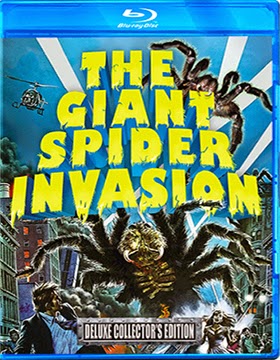 It’s lovable hokum on a grand scale as scantily clan young women and backwoods shotgun-totting country boys take on an inter-dimensional invasion of spiders — ranging from fist-sized to car-sized monsters.   All, mind you, with a hankering for human flesh!!!

As if tongue-in-cheek wasn’t enough for direct Bill Rebane — the same filmmaker who brought us such cinematic gems as Monster A-Go-Go and The Capture of Bigfoot — he managed to recruit a cast that would have late night channel-clickers salivating from a nostalgia overload.

The heroine of this creepy-crawly tale is Dr. Jenny Langer, played by everyone’s favorite Donovan’s Brain, The Beast from 20,000 Fathoms, The Steel Helmet, Home of the Brave, etc., etc.). 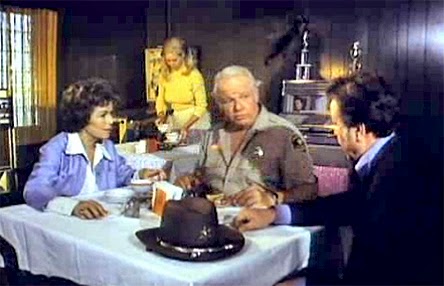 They are joined by “The Skipper” — that would be Alan Hale, Jr. as the local sheriff — and the late Robert Easton (fondly remembered as “The Henry Higgins of Hollywood” for his ability to master different voice inflections and accents).  Even Steve Brodie’s son, Kevin (an actor, director and producer in his own right shines as the reporter from the local paper in Merrill, Wisconsin), legendary Western tough guy Bill Williams, The Pom Pom Girls’ Diane Lee Hart and veteran TV actress (producer) Leslie Parrish (as three different women in three separate Perry Mason episodes in just a two-year period … and who thrilled us as Zema in Missile to the Moon) joined in on the fun. 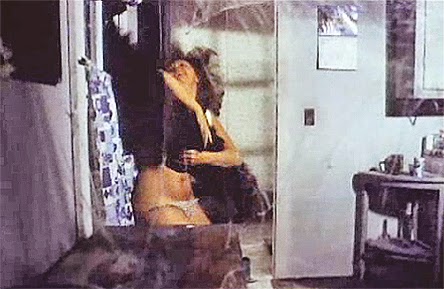 One suspects that Rebane simply opened his phone book and called his friends (and their friends) and asked them to be in this opus.

Not only is The Giant Spider Invasion bad (bad in a good way), but legend has it that when the MST3K gang came calling, Rebane was an eager participant in their lampooning high jinks.

Bonus features include a newly-prepared documentary by Daniel Griffith titled “Size Does Matter!: Making the Giant Spider Invasion,” archival interviews with filmmaker Bill Rebane, actor Robert Easton (and other cast members), an introduction by MST3K cast members Kevin Murphy and Mike Nelson, a bonus CD from “The Giant Spider Invasion the Musical” (exclusive to the Blu-ray) and a behind-the-scenes still gallery.