Hitman: Agent 47 On DVD And Blu-ray From 20th Century-Fox Home Entertainment On Dec. 29 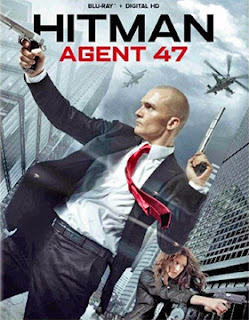 It wasn’t a blockbuster release this past summer, but it was loads of fun anyway.  That would be director Aleksander Bach’s debut filmmaking effort, Hitman: Agent 47, which is heading home as both DVD and Blu-ray product offerings from 20th Century-Fox Home Entertainment on Dec. 29.

If you want non-stop action, then this is one film that you have to put on your must-see list come the New Year’s holiday period.   It clocks in at 96 minutes, but plays more like 80 or 85; like a thrill ride at an amusement park … “it’s over already, let’s do it again!”

Of course its origins as an action film series (the original Hitman was released in 2007) come from the realm of video games and Hitman: Agent 47 (with a script from Skip Woods, who wrote the original, plus such screenplays as Swordfish, A Good Day to Die Hard and X-Men Origins: Wolverine) plays as if were on a timer … tick, tick, tick; faster, faster; tick, tick tick!

Rupert Friend (as Peter Quinn in the Homeland television series) takes over for Timothy Olyphant as Agent 47, an orphan, trained from childhood to follow orders and kill his assignments without so much as blinking an eye or breaking a sweat.   As the film opens, an overly friendly “John Smith” (Zachary Quinto, the new Spock from Star Trek and Star Trek: Into Darkness) is able to reach a woman named Katia (Hannah Ware) in a Berlin subway station and rescue her just before Agent 47 is able to assassinate her.

Wham!   Just like that the film starts.  But nothing in these opening sequences are what they appear to be.   And that’s all you need to know … the rest of the film’s running time is a total thrill ride.

Bonus features included deleted scenes and a trio featurettes — “The Hit Counter,” “Re-Imagining Hitman” and “Ultimate Action: Staging the Fights” — plus Hitman: Agent 47 Comic and a featurette for that titled: “Making of the Comic Book.”