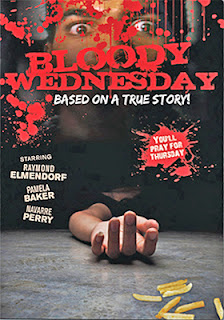 On July 18 in 1984, James Huberty walked into the McDonald’s in San Ysidro — on the US/Mexico border — and began “hunting humans.”  By the time S.W.A.T. brought an end to his murderous rampage 21 people were dead and another 19 were injured.

It’s all true, the San Ysidro McDonald’s Massacre.   Huberty was nuts and he even went so far as to tell his wife three days prior to his mass shooting spree that he was having “problems.”

The following year, director Mark G. Gilhuis teamed with writer Philip Yordan to bring the story to the screen under the title of Bloody Wednesday.   Raymond Elmendorf played “Harry,” who is more or less based upon James Huberty.   There are other changes to the actual events — call that dramatic license — but the gist of the story is there … crazy nut snaps from reality and shoots up a fast food restaurant. 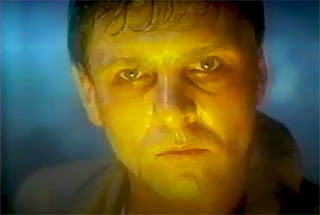 For reasons that are not all that clear, Bloody Wednesday got completed and then shelved.  Two years went past (1987) and the film ended up as a direct-to-video VHS release through Prism Entertainment.   When Prism folded, schlocky Simitar Entertainment somehow ended up with the master and churned out a dreadful VHS-EP version (geeze, really).

Years passed and then Madacy Entertainment put out a chopped-up version of the film as part of a five-film “Bloodfest” promotion in early 2011.

Basically, genre fans have been given the short stick on this film since day-one, but they can now rejoice as word arrived this past week that the Film Chest Media Group will be releasing a restored, uncut edition of Bloody Wednesday on DVD on Apr. 19 … a thirty year journey from concept to DVD finally comes to an end. 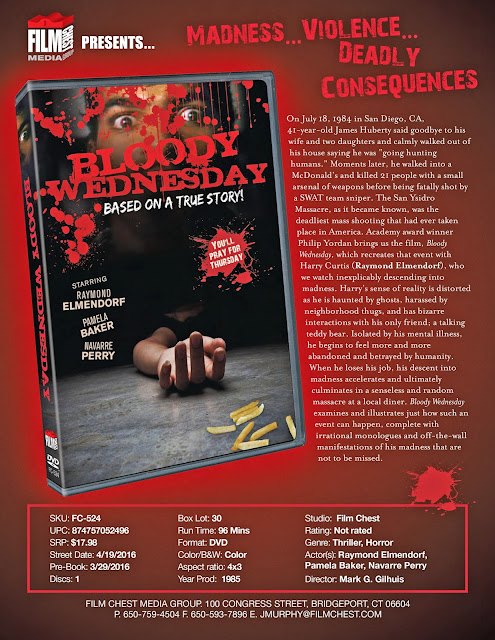