Mill Creek Entertainment To Release Blu-ray And DVD Collections of Airwolf: The Complete Series On May 3 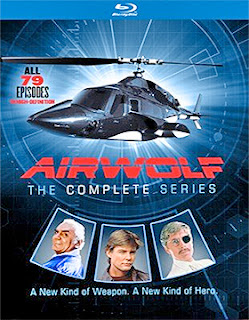 Mill Creek Entertainment teased its release plans for early May last week with the news that the Helen Hunt/Paul Reiser hit comedy series, Mad About You: The Complete Series (all 164 episodes in a 14-disc box set), would be available for fans to enjoy on May 3.

That was just the tip of the proverbial iceberg.   The May 3 release calendar was fully revealed this week and there are some very sweet treats in store for action fans on that first street-date Tuesday of the month.

The hit parade of action series kicks off with both DVD and Blu-ray collections of Airwolf: The Complete Series.   All 79 episodes (the full four seasons) are presented in 14 disc collections — this includes the first three seasons starring Jan-Michael Vincent, Ernest Borgnine and Alex Cord, plus the fourth season revamp featuring Barry Van Dyke as Jan-Michael Vincent’s brother and Michele Scarabelli as Borgnine’s niece.

For those looking to build their Airwolf collection incrementally, Mill Creek Entertainment also has Airwolf: Season One on the May 3 release calendar as well. 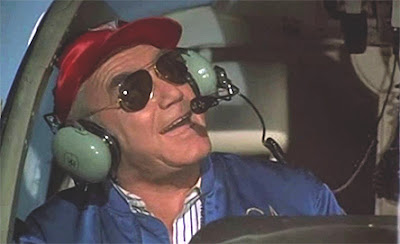 Not done yet!   Also being released by Mill Creek Entertainment on May 3 is the 13-part, three-disc collection titled Making a Serial Killer.

This intense look at some of the most frightening mass murderers of the past 100 years examines the crimes and case studies of such notorious killers as Ted Bundy, the Columbine shooters (Eric Harris and Dylan Klebold), Charles Manson, the mysterious Zodiac killer and more.

Email ThisBlogThis!Share to TwitterShare to FacebookShare to Pinterest
Labels: DVD and Blu-ray Release Report, Mill Creek Entertainment To Release Blu-ray And DVD Collections Onf Airwolf: The Complete Series On May 3