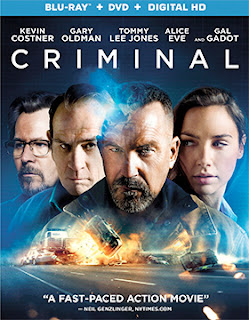 The ARR is 102 days and domestic ticket sales were a little light at just $14.7 million.

Deadpool’s Ryan Reynolds does a brief cameo as a CIA agent hot on the trail of extremely dangerous cyber criminals when he’s captured, tortured and killed.   That’s the set-up for the action part … the sci-fi part comes when Dr. Mahal Franks (played by Tommy Lee Jones) has the dead agent’s memories transferred into the mind of a psychotic killer named Jericho (Kevin Costner).

There’s some mumbo-jumbo about Jericho having an underdeveloped brain as the result of a childhood accident, so he’s the perfect candidate for the procedure.  And, it is urgent that those memories are retrieved as Reynolds (William Pope) has hidden a hacker, “The Dutchman” (Michael Pitt), who has had a sudden change of heart when he discovered what he was hired to hack.

So let’s see, someone thought that it would be a good idea to implant the memories of a skilled CIA agent, with crucial information about a hacker who has developed a backdoor into the nuclear launch codes, into the mind of an unthinking killer!   What could possibly go wrong?


As goofy as the plot sounds, Criminal is actually a pretty solid suspense thriller that finds the natural instincts of Jericho — who is wired to kill anyone who crosses his path — with the feelings of Pope.   As it turns out, he is married to a woman named Jillian (Gal Gadot — as Wonder Woman in Batman v Superman: Dawn of Justice and Gisele in the Fast and Furious film series), and they have a kid named Emma (Lara Decaro) … when the daughter and mom are threatened, Jericho become their protector (normally he would just kill’em). 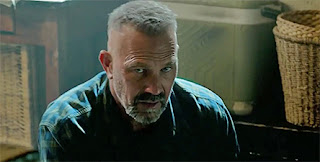 If you enjoyed Hitman and Hitman: Agent 47, then Criminal is very similar.  Lots of action with sci-fi elements … and, without giving too much away, the ending sets up a possible sequel (it seems unlikely with the box office performance, but nevertheless it is there).

As to bonus goodies, there are deleted scenes, a pair of featurettes — “Criminal Intent” and “Director’s Notes” — plus the Madsonik music video, “Drift and Fall Again.”