Documentary Filmmaker Gloria Z. Greenfield's Body and Soul: The State of the Jewish Nation On DVD From Indie Rights Movies On June 28 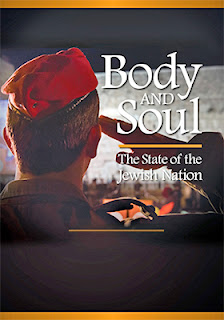 Former publisher and marketing executive turned documentary filmmaker, Gloria Z. Greenfield, founded her own company — Doc Emet Productions — to afford herself the freedom to work on the projects and subjects that she wanted to explore.

Her latest film project, the award-winning Body and Soul: The State of the Jewish Nation, has been working the festival circuit since the autumn of 2014 and will now be making its way to the wider viewing arena of DVD on June 28.   Indie Rights Movies, with sales and distribution support provided by MVD Entertainment Group, will be handling the domestic release.

Daniel M. Gold of The New York Times referred to Greenfield’s film as “…concise, skillful recounting of the story of the Jewish people and their connection to the land of Israel.”   That pretty much nails it … simple and direct. 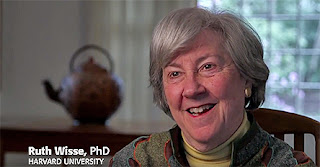 She has recruited experts to provide insights and commentary — including the likes of Bret Stephens (Pulitzer Prize-winner, editor in chief of The Jerusalem Post and author of the 2014 book, America in Retreat: The New Isolationism and the Coming Global Disorder), Victor Davis Hanson (military historian and author of such books as The Western Way of War: Infantry Battle in Classical Greece, Carnage and Culture: Landmark Battles in the Rise of Western Power and Between War and Peace: Lessons from Afghanistan and Iraq), Ruth Wisse (Professor of Yiddish Literature at Harvard University and author of If I Am Not For Myself: The Liberal Betrayal of the Jews and Jews and Power) and famed attorney and constitutional law scholar, Alan Dershowitz ... among others.

For history buffs and those looking for a concise history of Israel Body and Soul: The State of the Jewish Nation is well-worth a look when it becomes available on DVD on June 28. 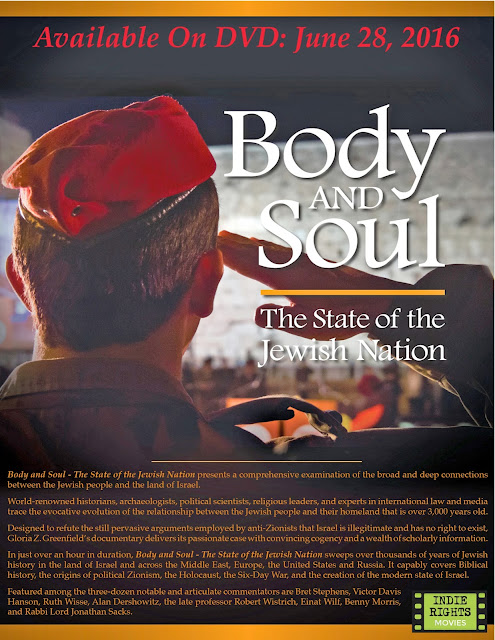 Email ThisBlogThis!Share to TwitterShare to FacebookShare to Pinterest
Labels: Documentary Filmmaker Gloria Z. Greenfield's Body and Soul: The State of the Jewish Nation On DVD From Indie Rights Movies On June 28, DVD and Blu-ray Release Report