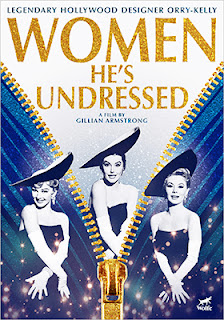 Before you get all worked up thinking about the salacious nature of the title — another Fifty Shades of Grey perhaps — Women He’s Undressed is actually a marvelous dramatic-documentary about the life and legend of costume designer Orry-Kelly, who was nominated four times for Best Costume Design (winning for An American in Paris, Les Girls and Some Like it Hot … losing out just once in 1962 for his work on Gypsy to Mary Wells and her designs for The Wonderful World of the Brothers Grimm).

Filmmaker Gillian Armstrong (My Brilliant Career, Oscar and Lucinda, Starstruck, etc.) took a special interest in telling the story of fellow Australian, Orry-Kelly, who immigrated to the United States in the 1920s to pursue a career in acting — he was even roommates with another up and comer by the name of Cary Grant. 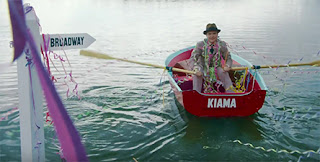 But that didn’t work out, instead he began in set design and by 1930s had migrated to costume design, for which he had a special gift to work with any actor and especially actresses — in any shape or size — and make them look good.

Armstrong uses actors Darren Gilshenan and Louis Alexander to portray adult and younger versions of Orry-Kelly, plus other actors for vignettes — and then blends in contemporary interviews and many vintage film clips detailing the numerous films that he worked on — over 282 film credits and a Hollywood who’s who list that includes the likes of Marilyn Monroe, Bette Davis, Rosalind Russell and Katharine Hepburn. 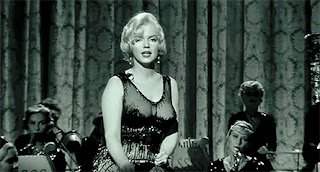 Women He’s Undressed is a fun approach to the “colorful” career of Orry-Kelly, who was a behind-the-scenes Hollywood legend in his own right.   Additionally, Armstrong’s choice of Darren Gilshenan, an Australian TV star who might be unfamiliar to American audiences, to play the adult version Orry-Kelly is nothing short of inspired.

For film fans — especially of those of the glorious films from the 1930s through the 1950s (when Hollywood had STARS) — Women He’s Undressed is an absolute must on DVD on Aug. 9. 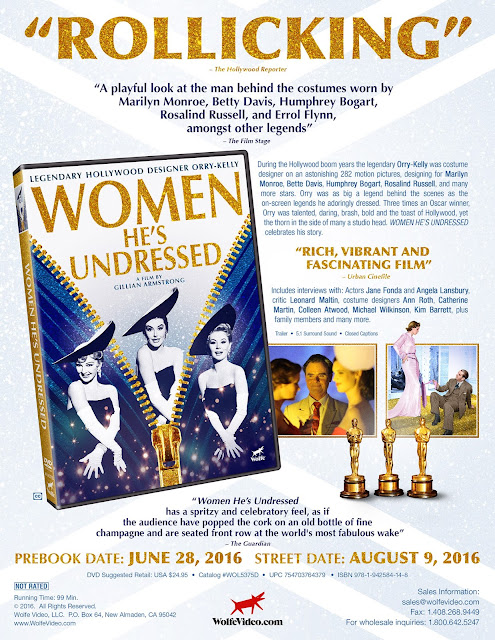