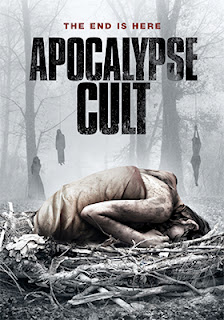 There are things that set the hair on the back of your neck a tingle; things that make your skin crawl.   These are little warning signs that your body gives off saying that it is time to turn around and head for the exits.

But what happens when you are a documentary filmmaking team and you get so involved in telling your story that these human nature warning signs get switched off … or, they are simply ignored.  You know, like the frog in the pot of water, where the heat is turned up slowly until you get boiled frog … the frog never saw it coming!

That’s what Jodie (Jane Elizabeth Barry) and her filmmaking partner Kevin (Geoff Pinfield) find themselves in — a pot of trouble with the heat on — in Aussie filmmaker Glenn Tiggs’ Apocalypse Cult, which will be making its domestic DVD debut on Oct. 31 courtesy of Wild Eye Releasing … MVD Entertainment Group will be managing the domestic sales and distribution efforts.

They are shooting some footage at a Down Under self-help group when their attention is drawn to one of the members in the group who claims to have escaped from a doomsday cult that is up to no good in the Outback.  That’s just too much to pass up, so they decide to check it out. 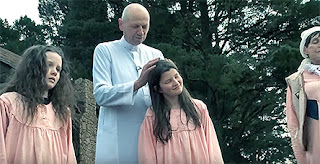 Filmed on location at the famed Kattemingga Lodge (about an hour outside of Melbourne), Jodie and her cameraman make contact with two young women of the cult, who agree to take them through the spooky woods to meet their leader.   They seem sweet and innocent, even harmless, so when told that the one condition of their introduction is that they would have to be blindfolded for their short trip they didn’t think much of it.   They agree — where was the hair on the back of the neck warning?

Once to their destination they meet Michael (David Macrae), who is a mild-mannered bald guy with an all-female cult.   Jodie and Kevin are given full access to the group — interview and film to your heart’s content! 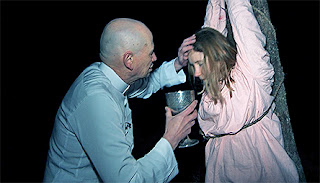 Glenn Tiggs’ Apocalypse Cult is a slow burn creep-out.   The Australian locations are chilling and the payoff for our filmmaking duo is well-worth waiting for … like the poor frog in the pot full of water, how can a bald lecher and cult of dazed women and young girls possibly be a threat? 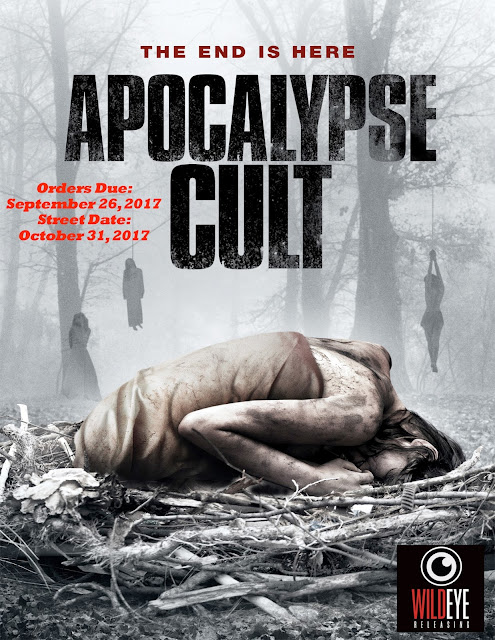