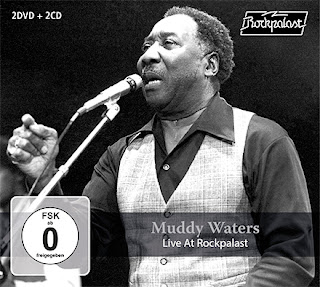 Six-time Grammy-winner, Muddy Waters, will be the focus of attention on Friday, Feb. 9, when MIG Music and MVD Entertainment Group team up for the double-disc DVD/double-disc CD Combo Release of the legendary 1978 concert at Dortmund, Germany … Muddy Waters: Live at Rockpalast.

After the back-to-back successes of the album releases of Hard Again (1977) and I’m Ready (1978), Muddy Waters was back on the road touring.   The famed Dortmund venue captured Waters at the height of his creative resurgence with a 12 song set that included “I’m Your Hoochie Coochie Man” “Kansas City,” “Sweet Home Chicago” and “Got My Mojo Working.”

As a bonus, MIG Music is also including the summer of 1996 “reunion” concert at Loreley (St. Goarshausen, Germany), which showcased a 14 song set that included the likes of “Clouds In My Heart,” “Everything Gonna Be Alright,” “Hard Hard Way” and “Mannish Boy” (which was also the featured at the Dortmund concert 18 years earlier).

The accompanying CDs are audio versions of the two aforementioned concerts. 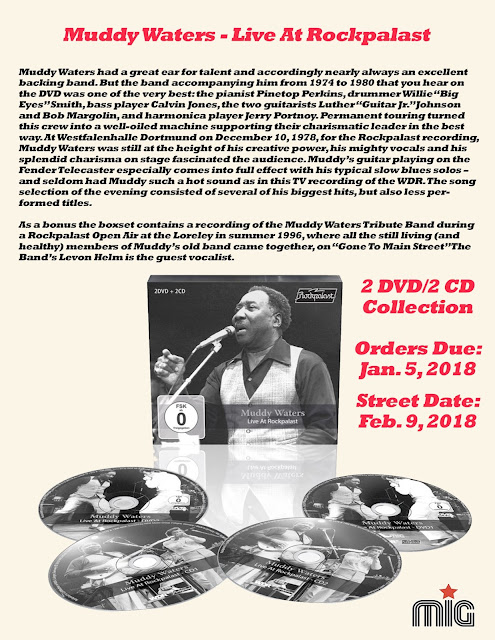