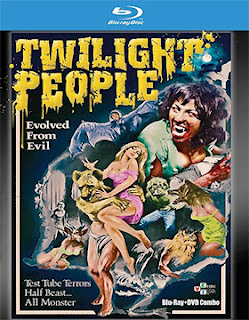 John Ashley and Eddie Romero, an unlikely, but winning film producing combination, will be the focus of VCI Entertinment’s Feb. 13 Blu-ray/DVD Combo Pack release of their 1972 horror hit, The Twilight People.

A 2K restoration from the original 35mm negative (in widescreen) is planned.

Ashley was a handsome “teen” film star — you know, those 20 and 30-year olds starring as delinquents and beach “kids.”  He appeared in most of the Frankie Avalon and Annette Funicello Beach Party films, plus such drive-in classics as Dragstrip Girl, Motorcycle Gang, High School Caesar, Hell on Wheels … do you see a pattern there?   By the time he appeared in Hell on Wheels he was 34-years old!!!

And then a funny thing happened, he got an offer to appear in a film being shot in the Philippines.   His marriage to Deborah Walley was on the rocks, so a “vacation” in the Philippines, as the story has it, was a welcomed break … little did he know that this little side trip was a career changer.

The producer/director of the film that Ashley had signed on for was none other than Eddie Remero, a prolific Filipino filmmaker, who hadn’t quite cracked the lucrative U.S. market in a meaningful way with his films.   That was about to change. 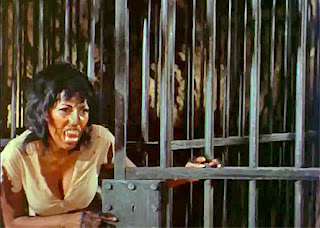 The two hit it off with Brides of Blood and with Ashley’s long-standing connections with AIP alumni Roger Corman and James H. Nicholson, he soon found himself in the role of producer (and star) in a series of films with Romero that all became commercial hits … in the United States!

Counted among these were Beast of the Yellow Night, The Big Doll House (a production credit in association with Roger Corman), Black Mama White Mama (Ashley as producer), Beyond Atlantis and the VCI Entertainment’s Blu-ray/DVD Combo Pack release on Feb. 13 of The Twilight People.

Pam Grier also stars in The Twilight People (the Panther Woman, Ayesa), who was also working in the Philippines at the time — The Big Doll House and Black Mama White Mama.   Needless to say, The Twilight People was a drive-in hit in 1972 and John Ashley’s career as a film (and TV) producer was off and running.

Bonus goodies lined up by VCI Entertainment include a video session with filmmaker Eddie Romero and a commentary track with film historian Toby Roan (author of “A Million Feet of Film: The Making of One-Eyed Jacks”). 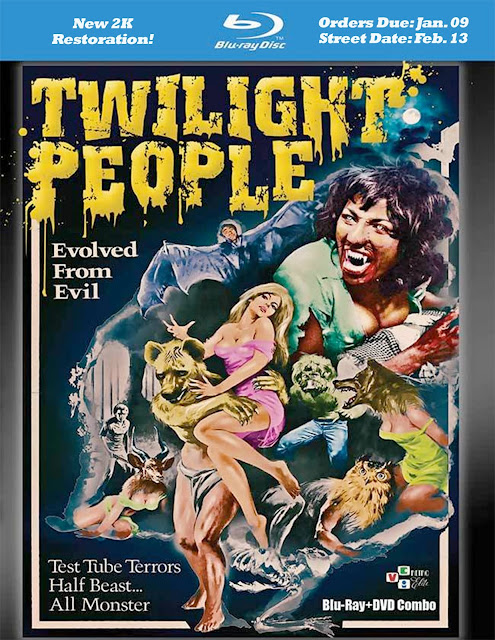