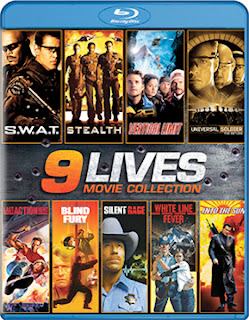 As the lights were turned off and the doors were locked up for the Christmas Holiday celebration Mill Creek Entertainment teased the price-the-collection consumer market place with Blu-ray news that seems too good to be true.

So here it is — and this is just the first title in what is sure to be another wave of new product offerings — on Mar. 6 Mill Creek Entertainment will be releasing the three-disc, nine-film Blu-ray collection titled 9 Lives Movie Collection, which carries a suggested retail price point of just $24.98.   Do the math, that’s $2.78 per film on Blu-ray … and that’s before discounts at retail.

Nine films!   You read that right!

So what is included in this terrific set of action films?   How about, for starters, Arnold Schwarzegger starring in director John McTiernan summer of 1993 blockbuster, Last Action Hero!!

Those four films alone — Last Action Hero, Universal Soldier: The Return, S.W.A.T. and Vertical Limit — if purchased on Blu-ray separately, would easily set you back $24.98.

But Mill Creek Entertainment has packed five more hit films into the collection, which makes this a must-own for adrenaline junkies in particular and film fans in general. 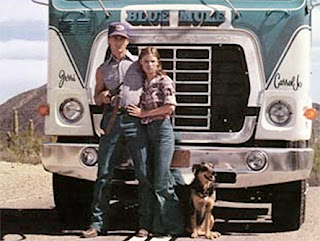 So what else is included here?   How about Jan-Michael Vincent and Kay Lenz in writer/director Jonathan Kaplan’s 1975 action smash, White Line Fever; Steven Segal stars in the 2005 thriller, Into The Sun; Chuck Norris battles an unstoppable evil in director Michael Miller’s 1982 chiller, Silent Rage; Jamie Foxx stars in Stealth and we round out the 9 Lives Movie Collection with Rutger Hauer in Phillip Noyce’s action thriller, Blind Fury.

WOW!   And that’s just the first selection in the Mar. 6 parade of DVD and Blu-ray hits.   Stay tuned for the full announcement! 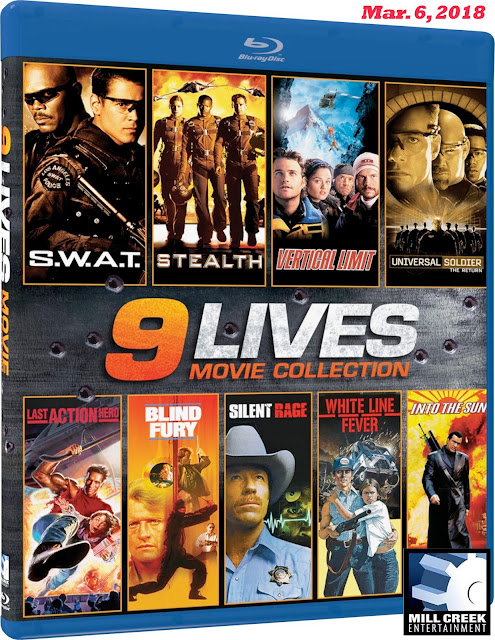