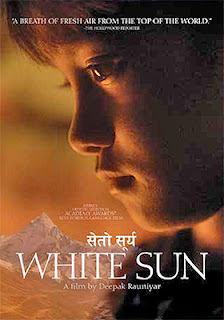 Icarus Films will be teaming with the KimStim Collection on Mar. 6 for the domestic DVD debut of Nepal’s entry in the Best Foreign Language Film category for the 90th Academy Awards, director Deepak Rauniyar’s White Sun.

The majestic Himalayas were the focal point of a bloody civil war between 1996 and 2006 that claimed the lives of nearly 20,000 citizens of Nepal.   Communist “insurgents” endeavored to topple the monarchy and families had to pick a side … peace was finally achieved after ten long years, but the damage had been done.

Rauniyar’s film takes place in the aftermath of the civil war, where we meet Chandra, who is also known as the revolutionary Agni (Dayahang Rai — How Funny, Kabaddi Kabaddi, etc.).   He has been summoned back to his village of Nepaltra by his ex-wife, Durga (Asha Maya Magrati … she also co-starred with Rai in Deepak Rauniyar’s 2012 film release of Highway), to participate in the funeral of his father, a leader of the village who served as the “mayor.”

There is a ritual to it all, a ritual that Chandra railed against as a Maoist during the civil war, and now he finds himself required to participate in the strict (orthodox) tenants of his father’s ceremonial burial.

The irony is steep, he’s outcast in his own village … his brother, Suraj (Rabindra Singh Baniya), despises him, but he too must adhere to the long-standing customs (related to who can move their father physically from Nepaltra, down the mountain to the site of his cremation). 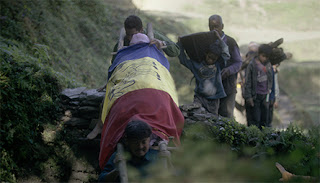 Rauniyar’s White Sun is a story about civil war, family civil war, all bound in tradition … and set against a backdrop of absolutely stunning beauty.   The film is presented in Nepali with English subtitles. 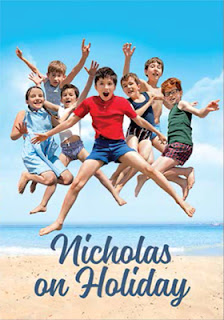 For those not familiar with French writer René Goscinny, his fame came from his comic book creations, with “Astérix” being his most famous.   “Le petit Nicolas,” was a series of six books that were popular during the early 1960s, which filmmaker Laurent Tirard first adapted to the screen in 2009 as simply Le Petit Nicolas … it was a theatrical hit in France.

This follow-up, Nicholas on Holiday, features Mathéo Boisselier as Nicholas, who is on holiday with his parents, when a lovely young girl by the name of Isabelle (Erja Malatier) enters the picture.  Nicholas and his chums at first think that she is up to no good (something do with his parents planning an arranged marriage for him), so they try every dirty trick in the book to try to make her and her family abandon their vacation plans.   Of course, it all goes so terribly, terribly wrong (as comedies are meant to do).

Nicholas on Holiday is presented in French with English subtitles. 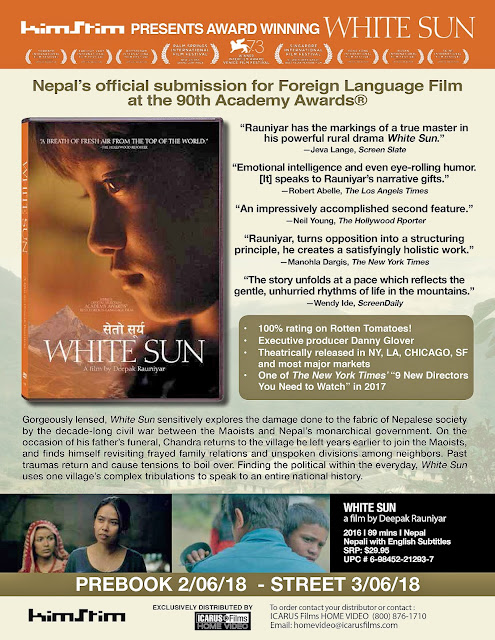