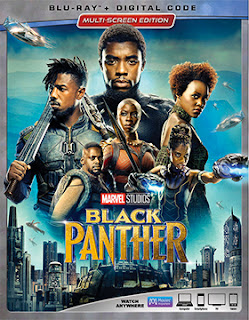 Before the official press announcement could be circulated, the Disney Store began taking orders for writer/director Ryan Coogler’s Marvel Comics mega-hit, Black Panther.  According to the retail web site maintained by Disney, the film will street on May 15 as at least a Blu-ray release (more on that in a second).

That puts the ARR at a swift-to-market 88 days (which puts product on retailer shelves prior to Memorial Day and the kick-off of the summer theatrical season — that’s a savvy move) and box office receipts currently stand at an eye-popping $665.6 million (a successful launch of a new film franchise series to be sure).

You can’t blame Disney for serving their loyal customer base first before letting the rest of the retail pack — including Amazon.com (which is notorious for jumping the gun) — get in on the action, but the jump on Walt Disney Studios Home Entertainment’s official announcement may actually lay at the doorstep of Marvel.com.

They (the ubiquitous “they” at Marvel) have muddied the release waters a bit by seeming to indicate that a 4K Ultra HD/Blu-ray Combo Pack edition will actually street one week prior (May 8) to the official home entertainment launch of Black Panther.   That would be a first and is likely not the case. 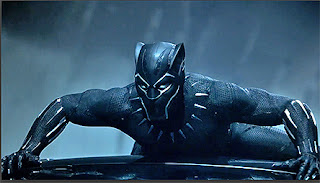 In addition to the Disney Store’s Blu-ray presentation of Black Panther, both Target and Best Buy will have “special edition” versions of their own.

It would be nice if the PR department at Walt Disney Studios Home Entertainment was given the chance to do their job before everyone and their mother stomped all over the crime scene, but that is probably too much to ask for.

As the business week grew to a close on Friday the 13th of April, still no press release from Walt Disney Studios Home Entertainment … but retailers were busy taking orders nonetheless for delivery on May 15.

Bonus features — according to both the Disney Store and Marvel.com — include commentary from director Ryan Coogler (Creed, Fruitvale Station), deleted scenes, a gag reel, five production featurettes — “From Page to Screen: A Roundtable Discussion,” ”Crowning of a New King,” “The Warriors Within,” “The Hidden Kingdom Revealed” and “Wakanda Revealed” — a sneak peek at director Peyton Reed’s July theatrical release of Ant-Man and The Wasp and a Marvel.com promo titled “Marvel Studios the First Ten Years: Connecting the Universe.”