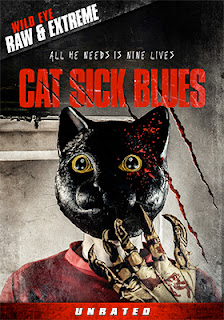 Wild Eye Releasing, with sales and distribution support provided by MVD Entertainment Group, will be going Down Under for a trip — a very, very weird trip — into the bizarre world of pet cat grief during the month of June.

The film in question is writer/director Dave Jackson’s award-winning Cat Sick Blues, which will be making its domestic DVD debut on June 26.

We are first introduced to the underground network of cat-grief support groups with Claire (Shian Denovan), whose internet darling, Imeida — lots of worldwide fans; web fame, etc. — met with an untimely death.   Claire is trying to cope with her loss. 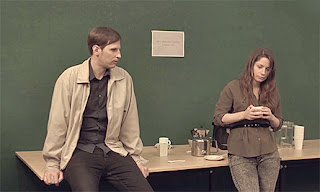 Ted has also lost his beloved cat, Patrick, which, as it turns out, has been more traumatic than he has been able to cope with.   The support group, where he develops a friendly relationship with Claire — they can share their experiences and grief over a meal — is, as we soon will find out, not really going to get Ted past his current issues.   He tells Claire that he doesn’t have to get through the steps of grieving Patrick’s loss, because Patrick is coming back!!!

Oh boy, Ted is one strange ranger, who has constructed a cat suit — a cat mask and razor-sharp kitty cat claws — and has gotten it into his head that if he can slaughter nine human beings (hint: a cat has nine lives) Patrick, who is stashed away in Ted’s freezer, will magically come back to life. 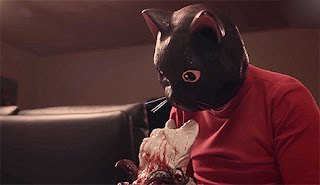 The local Melbourne news outlets are full of a slasher-on-the-prowl news as our boy Ted is out and about working on getting the body count up to nine.   Will Claire make the connection?   Will Claire join Ted’s “nine lives” campaign?   Will Patrick come back from the dead?   These questions, and more, will be answered to the delight of genre fans on June 26.

Cat Sick Blues is a wicked mix of deadpan/black humor — you just got to love Matthew C. Vaughan, he’s perfect as Ted — and all-out slasher flick. 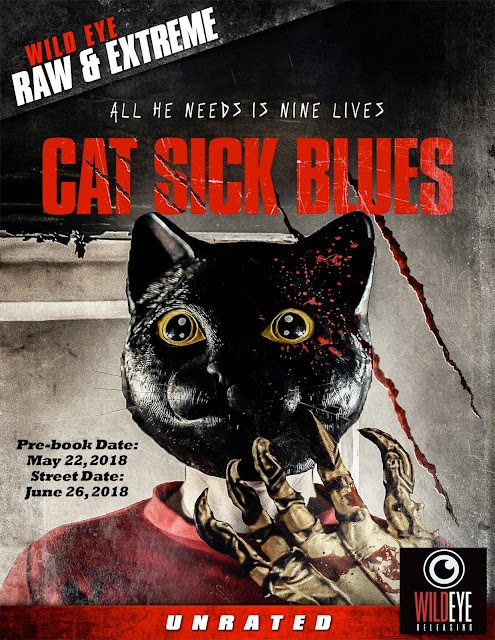