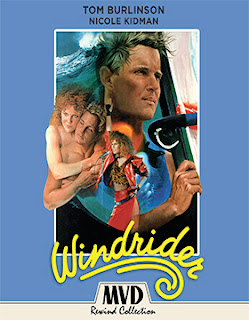 MVD Entertainment Group announced this past week that the latest addition to its popular “Rewind Collection” series will be the Down Under film postcard showcasing the beach scene in Perth back in the mid-1980s, director Vincent Monton’s Windrider.   The hi-def restoration will makes its Blu-ray debut on July 24.

Over the years this film has become something of a cult gem and a film curiosity on two levels.  It is Nicole Kidman’s first “adult” Australian feature film — she had not registered on the domestic film scene as of yet (the irony is that Kidman was born in Hawaii) — and secondly, the location for the film’s production was on Australia’s far western shore near Perth and Freemantle.   We see so much of Sydney and the “outback” in films from Down Under, but Perth is a rarity … it is a jewel, with weather and surfing conditions almost identical to that of Southern California.

Stewart Simpson, who simply goes by the name of “P.C.” (played by Tom Burlinson, a Canadian-born actor, who burst onto the Aussie film scene with two back-to-back film hits, The Man from Snowy River and Phar Lap), has a cushy job at his father’s company, but prefers to surf — windsurf, that is — on almost a daily basis.   He is actually pretty good it at and looks to compete internationally, but everything goes topsy-turvy when his eye catches a young rock singer named Jade (Nicole Kidman) at a local club. 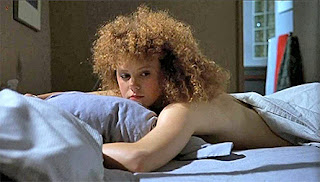 Romance blooms — including a cozy shower for two — and both his career (what there is of it) and his potential as a surf legend take a backseat to his infatuation with the mop-haired beauty. 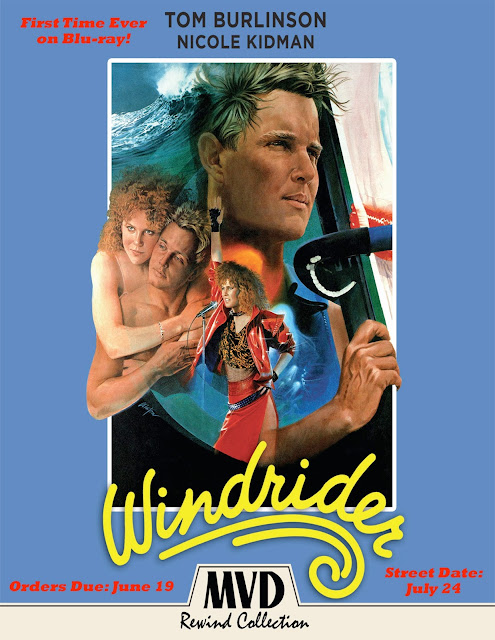