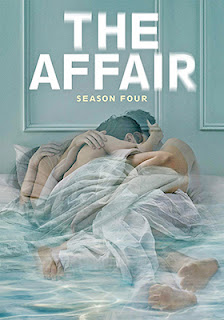 Paramount Home Media was out with TV series, KidVid and 4K Ultra HD release news this past week … all targeted for release during October and November.

On the TV-on-DVD series front we find that on Oct. 16 there is the four-disc, ten-episode collection of The Affair: Season Four and everyone’s popular Holmes and Watson detective team — Jonny Lee Miller as Sherlock Holmes and Lucy Liu as Dr. Joan Watson — returns on Nov. 13 with the 21 episode, six-disc set of Elementary: The Sixth Season.

Paramount Home Media will be teaming up with Nickelodeon on Nov. 6 for the DVD release of Blaze and the Monster Machines: Blaze Saves Christmas.

Blaze and his friends have plenty of winter and holiday adventures on hand in this latest collection, which begins with Crusher sending Santa’s bag of presents flying this way and that … it is up to Blaze and AJ to help poor Crusher undo the mess and get all of those presents delivered by Christmas morning.

When a helpless little bunny gets trapped on a glacier it is Blaze to the rescue, plus there’s a missing birthday cake that needs to be found (and quick) and when Crusher and Pickle get stuck on an icy peak they are going to need some rescue help to get safely home!

On the 4K Ultra HD release front, there will be a five-film Transformer collection (4K Ultra HD/Blu-ray combos) rolled on Nov. 6.
Posted by DVD & Blu-ray Release Report at 2:46 PM