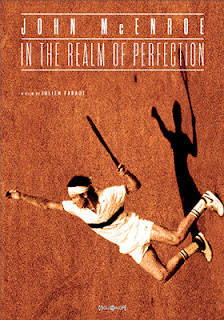 There have been plenty of documentaries and biographies released over the years on the subject of mercurial tennis superstar John McEnroe, but none quite like the film study that documentary filmmaker Julien Faraut has assembled from mountains of vintage 16mm film shot by former French Tennis Federation technical director Gil de Kermadec.

Oscilloscope Labaoratories announced this past week that Faraut’s award-winning film, John McEnroe: In the Realm of Perfection, will be available on Feb. 5 as both DVD and Blu-ray product offerings.

The film made its debut at the Berlin International Film Festival in February of this year and then worked the festival circuit for a solid six months before getting a limited domestic theatrical showcase (at its widest point, just 22 screens) just prior to Labor Day.   The ARR is a leisurely 165 days. 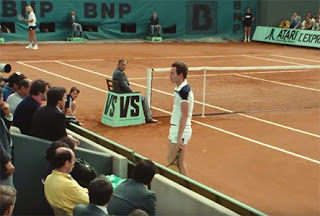 The film focuses on McEnroe at the height of his career with extensive footage of the 1984 French Open, but the presentation is not a straight-up sports recap, but rather an insightful look at the athlete, the man and the “composer;” the “director” … the “perfectionist.”

Faraut breaks the game down, the mechanics of the players are examined and the persona of McEnroe is explored.   No one, at that moment, was more in control that he … an unstoppable force.   Perfection!   And in that perfection a case could be made that his explosive nature — the McEnroe we think we know — was a reminder to himself that he too was human. 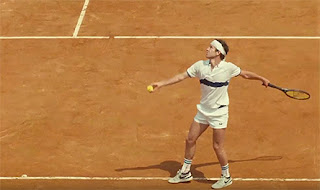 It took several years for Faraut to assemble the story for the seemingly endless amounts of footage, but what emerges in John McEnroe: In the Realm of Perfection is absolutely amazing.   Even if tennis is not your passion, this is a film worth a look come Feb. 5 on either DVD or Blu-ray (theatrical breaks are nice, but unless you happen to be in a golden spot, it is tough to catch films like this).

Bonus features include the video session with filmmaker Julien Faraut titled “In the Realm of Cinema” and the vintage 1948 short film titled “Facts about Film.” 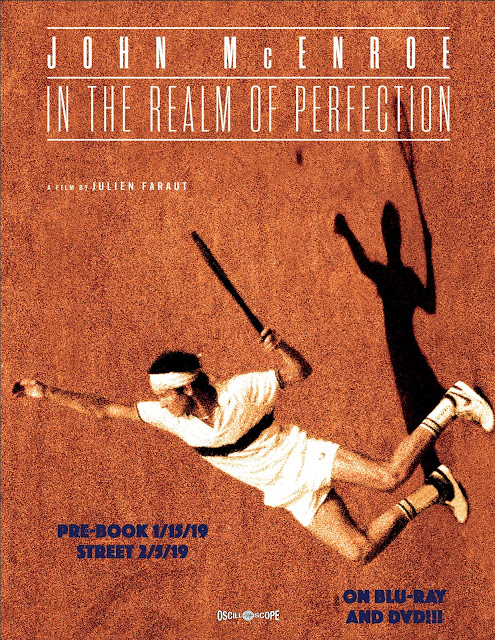