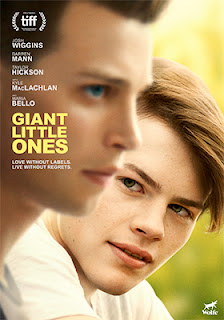 Wolfe announced this past week that writer/director Keith Behrman’s award-winning coming of age tale, Giant Little Ones, will be making the transition from its theatrical release run to the home entertainment marketplace on June 11 as a DVD product offering.

Franky (Josh Wiggins — Max, Walking Out) and Ballas (Darren Mann — Even Lambs Have Teeth, Twisted Blues) seemingly have it all.   Childhood friends who are now high school jocks (swim team), with beautiful girlfriends, solid grades … in short, they are top of the pecking order and poised for a bright future.

Franky lives with his mom, played by Maria Bello (who was also involved as one of the film’s producers), and there is a backstory here about this single-mom relationship that will come into play as the story progresses.

With that said, the pivotal moment for filmmaker Keith Behrman’s story comes on the night of Franky’s 17th birthday party.   His buddy, Ballas, has it all set for him to score with “Cil”/Priscilla (Hailey Kittle), one of the cute chicks … party, beer, pot and score!   Except things don’t go quite as planned and Franky’s life is turned upside down.   The days that follow will be hell on earth.

You have it all, and in a very short period of time your only friends at school are the school’s “slut,” Natasha (Taylor Hickson — Hunting Pignut), a weakling named Michael (Carson MacCormac) and Mouse (Niamh Wilson), who has sexual identity issues.   Outcast; teenage pariah … and you haven’t done anything wrong.

With Giant Little Ones, you have a terrific story that doesn’t follow the normal teenage angst pattern.   Instead filmmaker Keith Behrman takes our protagonist out of his comfort zone, and his clearly defined teenage years trajectory, and makes him reexamine the things — and feelings — that are really important in his life. 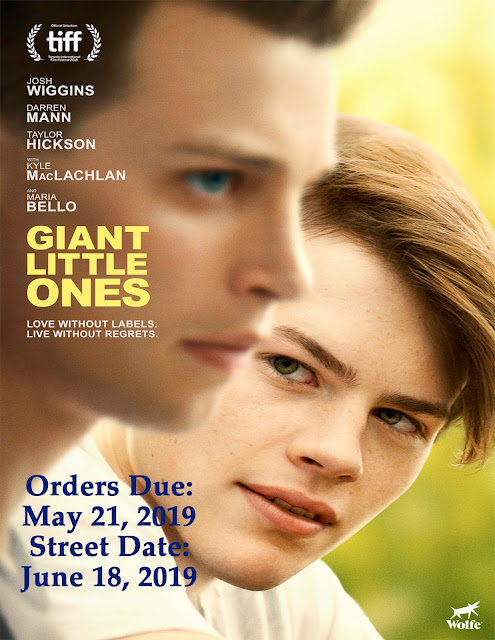 Email ThisBlogThis!Share to TwitterShare to FacebookShare to Pinterest
Labels: Wolfe To Release Writer/Director Keith Behrman’s Giant Little Ones On DVD On June 11