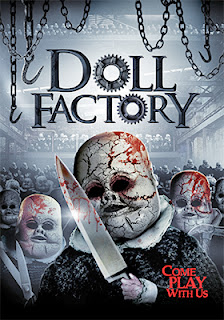 Clowns get a bad rap … dolls, puppets and the like can, at times, be much scarier because they are the playthings of innocent children.

Of course, Warner Bros. gets its turn with Clown terror a week later with the theatrical release of It Chapter Two … between these two it could be a healthy debate for genre fans.   Dolls — Chucky has been quite the terror — or Clowns (a sewer adventure with Pennywise anyone?), pick your terror.

With Doll Factory, we have a willing victim pool of Halloween revealers who find an ancient “book of spells” and do the naturally stupid thing by using it for fun and games.   With a backstory opening we already know that things will go south in a hurry.

The lovely Allison (Tracy Collins — Midnight Abyss) finds the book and convinces a half-dozen of her friends to head over to the abandon “doll factory” and have some fun.    It’s a bust.   Nothing.  Nada.   And Allison takes the heat for making everyone look foolish.
But just as they are about to head back to party central the place comes alive with a bunch of creepy looking dolls (what kid would be playing with these ghouls?) and poor Allison bites the dust.    When the carnage is done, only Kay (Nicole Elliott — The Devil's Hand) and Mark (Justin Herman — Midnight Abyss) manage to escape the factory alive. 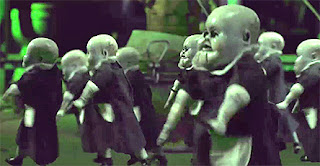 Your friends have just been slaughtered by creepy little dolls — who need souls to feed their master, Vegor (Patrick Sane — Sugar Mountain, Blood Corral) — and when you go to the local police they just laugh you off.   Come on, it’s Halloween, why don’t you kids grow up!!
If you saw Steve McQueen and Aneta Corsaut in the 1958 version of The Blob, then you have a pretty good idea as to what their modern versions, Kay and Mark, are up against.   The terror grows and no one believes them!

Fortunately, Darius Grumley (played by Boo Gay) had a run in with the dolls and Vegor years ago (the prologue) and brings Sheriff Bart Barclay (Chris Fender) and his Deputy, Donnie Harris (Larry Wade Carrell), around to his way of thinking … they join forces with Kay, her brother Melvin (Andy Palmer) and Mark to take on Vegor and his army of demonic dolls!    The fate of Goober, Texas … and for that matter, the world, hangs in the balance!!!

Bonus features include commentary from filmmaker Stephen Wolfe, a gag reel and a Behind-the-Scenes featurette. 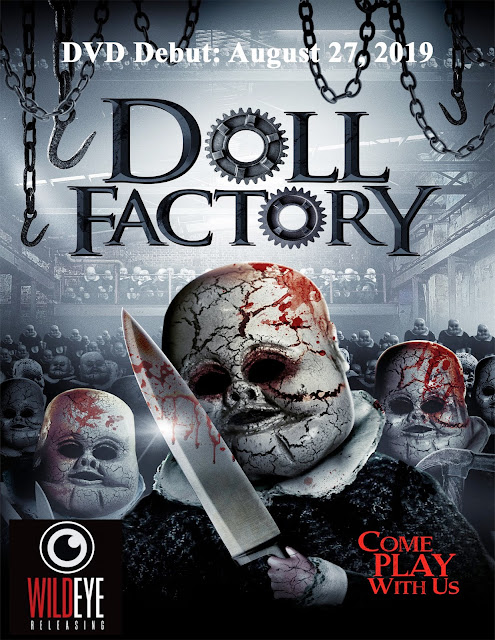