Writer/Director Lara Gallagher's Clementine On DVD And Blu-ray From Oscilloscope Laboratories On Oct. 20 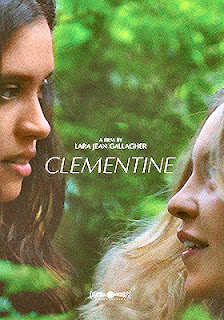 Oscilloscope Laboratories has tabbed Oct. 20 as the release date for both DVD and Blu-ray editions of writer/director Lara Gallagher film festival-winning drama, Clementine.

By November, Oscilloscope, which is a company noted for spotting indie films of merit, struck a deal with Gallagher for domestic theatrical and home entertainment distribution.

The initial plan was to release Clementine theatrically in early 2020, but that didn’t pan out (obvious reasons … no theatres, hello) … so now the film makes the move to the home entertainment market place on Oct. 20.   At least people, who were unable to catch it during its many film festival screenings, will have the opportunity to enjoy Lara Gallagher’s debut effort as a film director.   She nailed it! 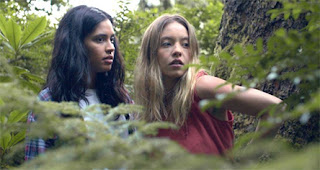 Karen (played by Otmara Marrero) is a mess.  She’s just been locked out of her lover’s house, a woman we know only as “D” (Sonya Walger), and reacts by driving to Oregon (filmed in and around Florence, which is on the Pacific Coast about 30 miles west of Eugene) and breaking into D’s lake house.   She’s angry and acts out.

Here is where the film takes an interesting turn, a young woman (and we will use the word “woman” loosely … perhaps no more than a teen) by the name of Lana (Sydney Sweeney — one of the Manson girls in Once Upon a Time In … Hollywood, as Eden Spencer in The Handmaid’s Tale) happens by and the two strike up something of a friendship.   Maybe a better word is “fascination” instead of friendship …

In is an interesting juxtaposition, instead of the “older,” more experienced male showing an interest in a younger woman, it is the “experienced” woman who finds her new friend “fascinating.”   Sexual, to be sure, but more of a lyrical dance … and, if the truth be known, it is not Karen who is the better “game-player,” but the more manipulative Lana (wise beyond her years). 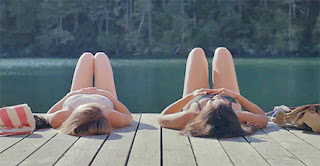 Into this pleasant diversion, comes Beau (Will Brittain — Kong: Skull Island, Savage Youth, Haunt), the “handyman,” who is someone who is hard to figure out.   He is employed by D to take care of the place … does he rat Karen out; report her for breaking in?

Clementine is a sexually charge cat and mouse game.   It is hard to tell, at times, exactly who the cat and who the mouse roles are being played by, and that is the point.   And, we suspect that the tick tock of the arrival of the unseen “D” will bring the game-playing to a head … and, maybe not in a good way. 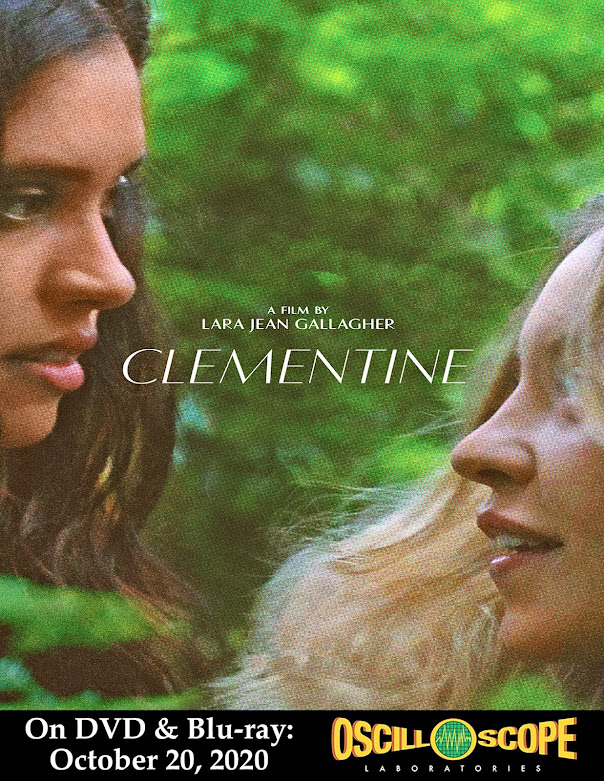 Email ThisBlogThis!Share to TwitterShare to FacebookShare to Pinterest
Labels: Writer/Director Lara Gallagher's Clementine On DVD And Blu-ray From Oscilloscope Laboratories On Oct. 20