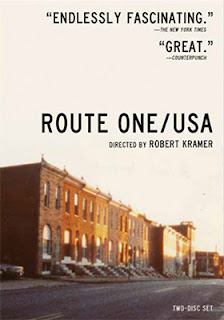 It was only a few weeks ago that we remarked on how “cool” it was that Icarus Films was releasing the double-disc DVD collection from French filmmakers Amélie Harrault, Pauline Gaillard and Valérie Loiseleux titled The Adventures of Modern Art.   An award-winning look at the Parisian world of Modern Art, featuring the lives, legends and art of Picasso, Max Jacob, Stein, Apollinaire, Hemingway, Matisse and Cocteau.

This week, the release news from Icarus Films is equally impressive.   On Nov. 24, look for the double-disc DVD release of the newly-restored time capsule road trip from filmmaker Robert Kramer, Route One/USA.

Filmed in 1988, Route One/USA is a cathartic “road movie” from Kramer, who had spent nearly a decade out of the country making (mainly) critically-acclaimed “foreign films” — his 1984 Berlin International Film Festival-winner, Notre Nazi, was in German and French and his 1980 Venice Film Festival-winner, Guns, was in French (as just two examples). 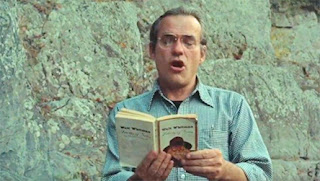 In any case, Kramer returned to the United States with his friend Paul McIsaac, who was a doctor, world-weary from ten years of fighting diseases in Africa … he had been the subject of Kramer’s 1988 film, Doc's Kingdom.   Together they embarked upon an epic journey from the beginning of U.S. Route One at the Canadian border (Fort Kent, Maine) all the way to Miami, filming their journey in what can best be described as part-documentary, part-cinema verité stream-of-conscious chronical of Doc’s encounters and adventures … and certainly, Guerrilla filmmaking at its very best. 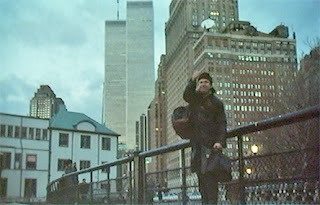 The film opened at the Toronto Film Festival in the fall of 1989, jumped over to the Berlin International Film Festival in February of the following year and a had limited arthouse run domestically in November of 1990.   Kramer returned to France and, sadly, died of meningitis in 1999 … some retrospective screenings and then, Route One/USA was forgotten.

Re-discovered, restored and brought back to the arthouse circuit, Route One/USA will now be available on DVD from Icarus Films on Nov. 24.

This sprawling epic-of-a-travelogue captures the world of 1989 (along Route One), HIV was running rampant — ironically, Doc leaves Africa and the hopelessness of a decade of fighting diseases there, only to find himself at the film’s end joining the battle against AIDS in a rundown Miami clinic.   Somethings seem unchanged; others places (and people) lost and now long forgotten. 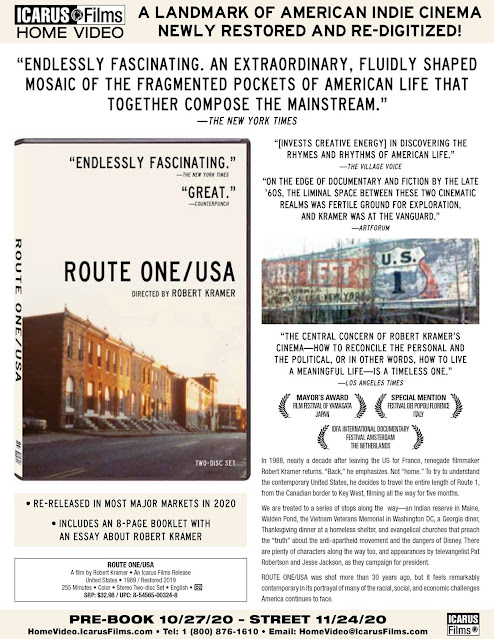