Mill Creek Entertainment Tabs Nov. 17 For The DVD Release Of Director Wes Llewellyn's The Farmer And The Belle: Saving Santaland 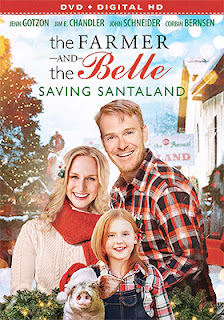 Mill Creek Entertainment has tabbed Nov. 17 as the DVD debut date for director Wes Llewellyn’s The Farmer and the Belle: Saving Santaland, a faith-based true story that has received the Dove Family Approved seal for “All Ages.”

In a prologue, we are introduced to Belle Winters (younger version played by Livi Birch), who loves her grandmother, known as “Grammy” (Sandra Ellis Lafferty).   Grammy gives her a bracelet, which contains inspirational messages and is something of a treasured family heirloom … she also gives the ten-year old some life-lesson advice, but some of that will be quickly forgotten as events unfold.

The young Belle is excited to wear the trinket and does so on a Christmas season visit to the Santaland Festival, where she has a “pen pal” relationship with a kid named Josh (young version played by Benji Russell), who lives on the farm that comprises the Santaland attraction.

The initial joy of meeting Josh and visiting Santaland quickly turns to a life-altering disaster as Belle stumbles into a muddy hog pit, loses her Grammy’s gift and is humiliated by the experience … her pen pal relationship with Josh comes to a bitter end. 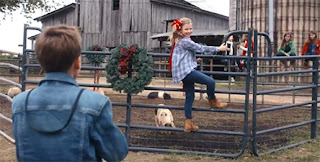 We come to the present day and learn that Belle (played by Jenn Gotzon-Chandler — Saving Faith, Love Different, God’s Country, The Good Book, etc.) became a famous fashion model and has now, at the age of 35, decided to bring her career to an end … an offer to represent an adult diaper product was the kind of a message that perhaps it might be time to explore other things.

It is tough.  Belle lives in something of a New York City bubble.   She’s important, she’s beautiful … she’s is somebody.   But what to do?   In what can best be described as something of a moment of crisis, Belle decides to connect with her past and return to Santaland and see if she can unearth her missing bracelet. 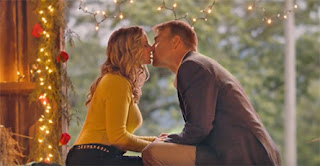 A fool’s errand?   What could Belle possibly find in rural Georgia, at Santaland, 25 years later?  And what of Josh (play by Jim E. Chandler as an adult — Inheritance, The Colors of Emily, Saving Faith, etc.)?   Certainly, he has moved on.

We will tell you this much, The Farmer and the Belle: Saving Santaland — on DVD from Mill Creek Entertainment on Nov. 17 — is inspired by actual events.   So maybe, just maybe, Belle might find more than she ever imagined on this trip back to Santaland. 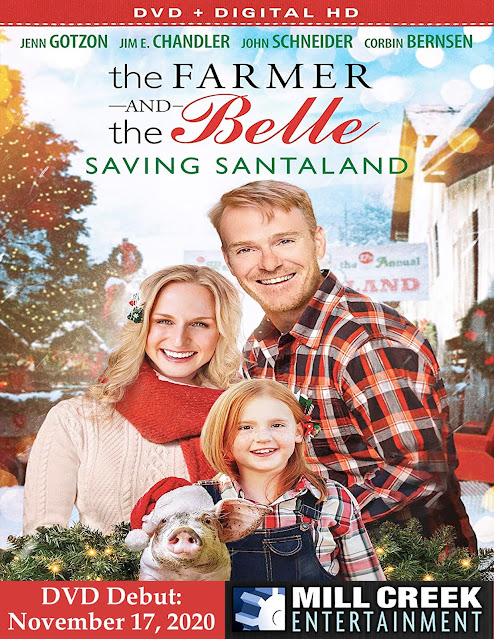 Email ThisBlogThis!Share to TwitterShare to FacebookShare to Pinterest
Labels: Mill Creek Entertainment Tabs Nov. 17 For The DVD Release Of Director Wes Llewellyn's The Farmer And The Belle: Saving Santaland